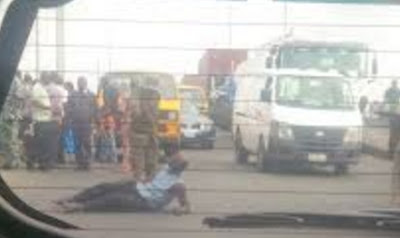 June 30, 2017 – 2 NASFA Soldiers Arrested For Killing A Civilian Who Beat Up Their Colleague’s Brother In Ajegunle Lagos

2 power hungry soldiers who allegedly killed a civilian on Saturday the 24th of June 2017 in Ajegunle Lagos have been arrested.

The suspects simply identified as Private Uche and Lance Corporal Peter of the Nigerian Army School of Finance, Apapa Lagos were arrested by officers attached to Ajeromi Police station in Ajegunle.

The soldiers reportedly attacked the civilian because he beat up their colleague’s brother during a fight.

Here is what a source who witnessed the military brutality told reporters: 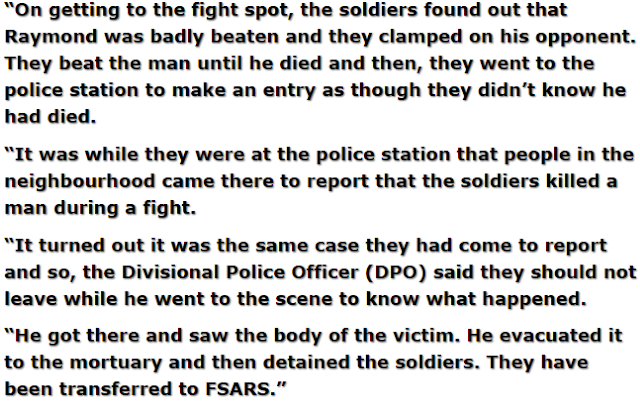