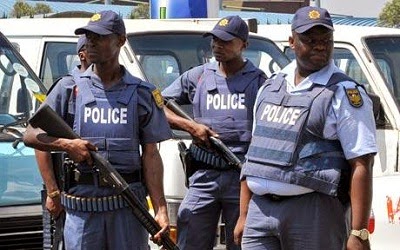 After a 5-month investigation by the police, 38-year-old Kamah and his accomplice 34-year-old Okeke were arrested over fraudulent home sale in Western Australia.

Kamah and Okeke were accompanied by a South African woman Asanda Zimkhitha Cwayi, 28, all three were arrested by the South African police in Johannesburg on Wednesday 3rd of July following a five-month police investigation. They were charged with fraud, forgery and uttering.

According to Australian Associated Press, In mid-February, a Mandurah real estate agency that was managing a Greenfields property on behalf of its South African owner received an email from the accused, who allegedly pretended to be the real owner and duped the agency into changing the contact email address it had on file.

Two weeks later, a request to sell the property was received, and agreements were signed with allegedly forged signatures and exchanged electronically. The property was then put on the market.

In March, an offer was made on the property and accepted by the pretend owner, police said. On receiving the offer, the agency mailed documents to the real owner’s address in South Africa.

While the email address had been changed, the physical address on file had not, so the real owner raised the alarm. WA Major Fraud Squad detectives worked with the real estate agency, a settlement agent and South African police to apprehend the three suspects.

They are due to appear in a Johannesburg court on Friday. WA commissioner for consumer protection Anne Driscoll said two successful and six attempted real estate frauds had been reported to the government unit in the past six years and seven had involved owners in South Africa. The other resided in Nigeria.

Driscoll urged real estate and settlement agents faced with a request to change an owner’s contact details to seek confirmation by sending a notification to the original address, both physical and electronic.

Heart Attack Killed 7 Parents Of Chibok Girls Kidnapped By Boko Haram
Charly Boy: I Was Born Catholic & Now A Buddhist, I Left Christianity Bcos They Pray Too Much