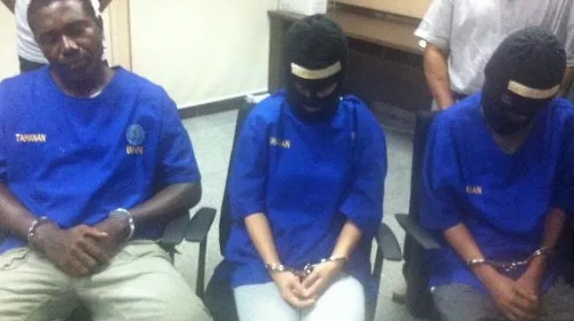 May 11, 2016 – 2 Nigerians On Death Row For Execution In Indonesia Over Drug Trafficking

2 Nigerians currently on death row in Indonesia are awaiting execution.

The unidentified Nigerians are among 15 convicts scheduled to be executed in Jakarta.

A source in Indonesia said the executioners have practiced for days now so that the execution can be carried out anytime.

Under Indonesian law, each convict would face a squad of 10 shooters.

In 2014, Indonesia executed 14 convicts, all but two of them foreigners, in a move that drew international condemnation.

President Widodo who assumed office in 2014 has zero tolerance for drug trafficking as the country was facing a drug addiction emergency.