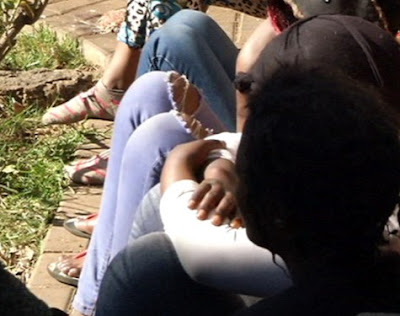 The suspects accused of raping and forcing their victims to take semi nude photos to be posted on their pornographic website have been taken to Randburg Police station for investigation while their victims are currently undergoing therapy after their traumatic experience.

The women between 20 and 30 years of age from Riverlea said they were held in a room against their will and forced to wear lingerie and take indecent photos for the pornographic website operated by their tormentors.

Gatlin Dethrones Usain Bolt In 100m Final, Becomes World’s Fastest Man
Salawa Abeni: I Sold My Land In Lagos To Pay My Hospital Bills, Still Trusting God For Another One