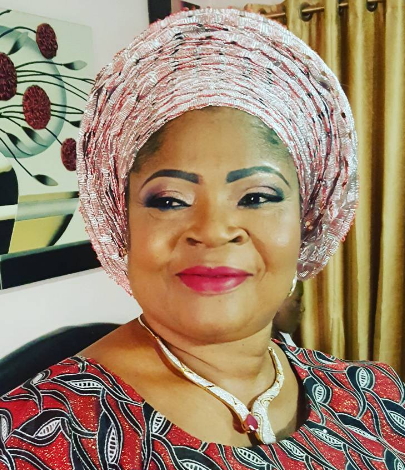 August 6, 2017 – Salawa Abeni: I Sold My Land In Akute Lagos To Pay My Hospital Bills, Still Trusting God For Another One

Waka Queen Salawa Abeni Alidu was born on May 5 1961. She’s a popular Nigerian singer who hails from Ijebu Waterside in Ogun State and shot into limelight in waka music when she released her debut album titled Late General Murtala Ramat Muhammed in 1976, on Leader Records label.

Abeni is still making waves in her musical career as the Queen of Waka music and in this short interview, she shared her firsts with Sunday Sun.

It was released in 1976 and in memory of the late Nigeria Head of State, General Murtala Muhammed. The album did very well and it launched me to the world.

My first show was staged at Epe Central in 1974. We did Christmas jump during Christmas period. My mum comes from Ibeju Lekki area and I lived there but we had no car then.We put our musical instruments in a canoe and headed to Epe to perform. Alhaji Sikiru Adepade had invited me to Igboye in Epe and I was very excited. I started with big people that were old enough to be my parents. At a point I lost my voice and people called me off stage and prayed for me and subsequently I went back on stage.

It was in 1978 and I traveled to London and from there I went to Mecca. I was scared because it was my first time on an airplane but my parents were happy for me. Though some members of my family had been going to Mecca, I’m the first person that went to Mecca from London in my family. I thought I would fall off from the plane. But it’s a different story today. People were calling me Hajia Londoner, Hajia Londoner after the trip. 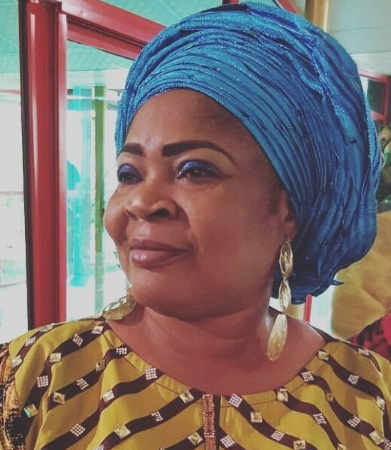 First day in the studio

In those days, it was Decca Studio at Abule Oja in Yaba. Being a small girl, I was a little afraid because of the different lighting in the studio. We were all used to green but this was different. We had headphones and the lighting in the recording studio was red, yellow, green.

It was titled Indian Waka. When we started it was all about records. There was no CD then. Subsequently, I did Experience, Congratulations, Cheer up, Waka carnival and lots more

I had a fairly used (Tokunbo) Peugeot 505 but that was 27 years ago;1990 precisely. I used the car for years and dashed it out.

It was a piece of land at Iju Akute but I lost it when I fell ill. I had to sell it to offset hospital bills. Right now, I’m trusting God to buy another one.

My first child is a girl. I felt strange with the pregnancy at first. I was throwing up and spitting every second. I had her during Ramadan. I told the nurses I wanted to defecate and they laughed and said it was time to deliver my baby. Being my first child, my sister, mum and my guardian were all in the hospital with me during my delivery.

I had a cat as a child and as an adult too but not anymore. I don’t like dogs.

When I started , I was really young but we had Baba egbe i.e an elderly man that kept the money we earned from our performances. He would then share the money and N50 was my first salary but there were no N50 notes then. I remember I was given 50 kobo in four places, one N10 note and one N20 note . Then, only the rich sprayed musicians with N5 notes at parties. There was no N50, or N100 in those days. When they invite you to perform in those days, we charged N50 but later, we increased our charges to N500 and later to N1,000 to perform at parties. We had enough to spend and save but Baba egbe was in charge of our money i.e he was like the treasurer.