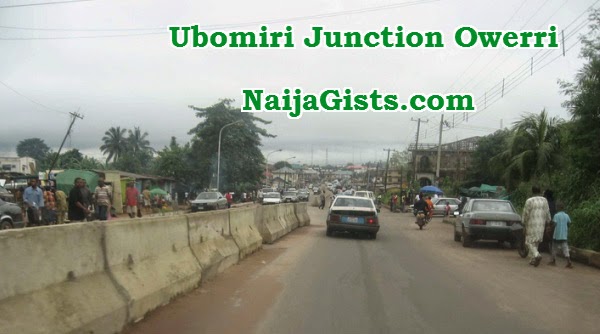 Panic struck yesterday at Ubomiri community in Mbait­oli Local Government Area of Imo State when a 20-year-old girl allegedly stabbed her undergraduate lover to death with a kitchen knife in their house.

The suspect, Chisom Anyanwu who is a student of Akwakuama Girls Secondary School, Owerri had allegedly killed his lover, who visited her following an argument.

The deceased, simply identified as Apo, aged 28, an undergraduate and a native of Egbeada also in Mbaitoli council area had paid an unscheduled visit to his girlfriend at their family house at about noon yesterday.

However, it was learnt that trouble started between the two lovers when the suspect who was cooking, did not take kindly to the deceased’s unscheduled visit to her family house. She asked him to leave immediately as she would not want her elder brothers and sisters to see him.

But the deceased allegedly refused to leave and in the altercation that ensued between the two lovers, Chisom allegedly grabbed the kitchen knife and stabbed Apo on the chest.

The deceased, who was said to be the only son of his parents, according to an eyewit­ness, was rushed to the Christian Medical Centre, Nworieubi in the area where he eventually died.

However, angry youths of Egbeada com­munity, on hearing of the death of their kins­man, stormed the family house of the suspect and allegedly set it ablaze.

The state police command’s spokesman, Mr. Andrew Enwerem (DSP), said the sus­pect is in their custody, while investigation on the matter has commenced.