May 21, 2015 – Violence Killed 14 In Ado Ekiti As Hausas Clashed With Yoruba NURTW Workers

It was like hell yesterday at Oja Oba market near the Old garage area of Ado Ekiti when some thugs unleashed terror on innocent traders.

The thugs said to be NURTW members destroyed property worth 15 millions naira.

According to an eyewitness, a suspected Hausa thug alleged snatched the bag of a NUTRW boss along Ijigbo-old garage area of the capital city of Ekiti state.

An attempt by the hubby of the victim to find out who actually snatched the bag fueled the crisis. He then ordered his thugs to go after the Hausa traders at Oja Oba, King’s market).

They used the opportunity to loot shops, carting away property and money.

An Igbo trader, Chief Ezekiel Umeh, who fell victim of the burnt Oja Oba market could not hold back tears as he revealed that his goods worth millions of Naira got burnt in the clash while calling on the state government to come to his aid.

The violence reportedly claimed 14 lives.
See more photos from the violence below 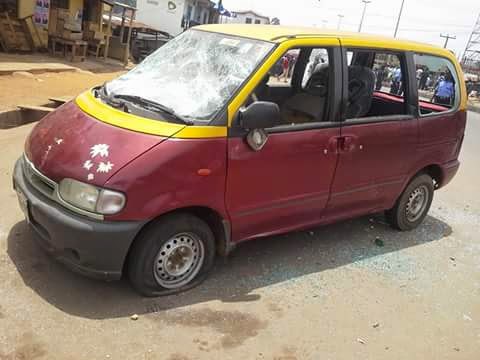 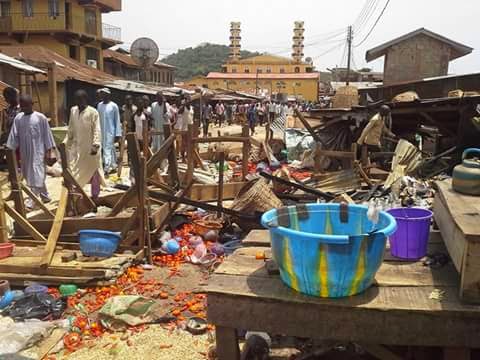 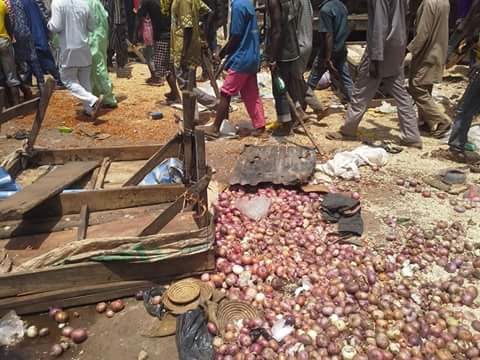 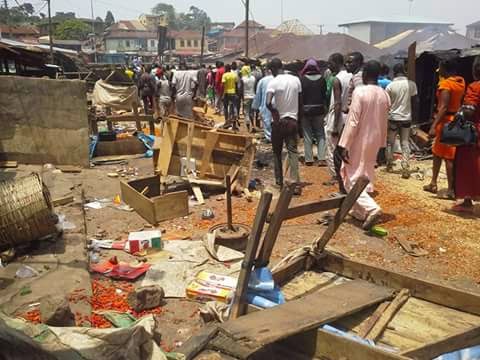