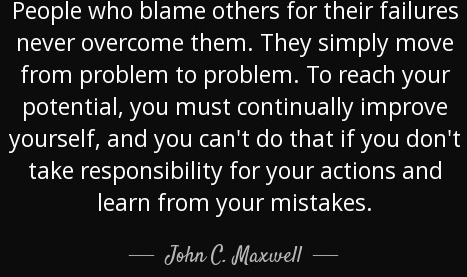 2019: Year To Disrupt The System By Taking Responsibilities For Ourselves & Our Actions

Donald Trump is  still the President of the United States of America as is Theresa May still the PM of Great Britain as is Mohammed Buhari still the President of Nigeria: in the land of the blind the one-eyed man will continue to be King! In the absence of credible leaders the world will be continually ruled by hapless Heads of States. It doesn’t matter where you are in the world all these hapless leaders’ rules are creating hardship, inequality and uncertainty. Jobs are at risk (- or non-existent!), peoples’ dignity and Sovereignty is being stripped away from them and people have been turned into automations living day-by-day unsure of the future.

The future is only going to be bright for the mavericks who are brave enough to disrupt the system.

It’s time to go it alone! No government, no religious institution or belief is going to enable you to fulfill your full potential: they just exist to enslave you!

To declare your independence you have to free yourself from the System. You’ve got to be able to show the System you can thrive and prosper without it. We always blame all our shortcomings on the government, on our religions, on our upbringing, on our ethnicity – on everything!

It’s time to take full responsibility for ourselves and our actions: if one lemming jumps off the cliff and drowns in the sea below must the rest follow?

To disrupt the System you must find ways to circumvent whatever the system is throwing at you. For instance if there is a recession learn how to create employment or additional  income for yourself. During the Great Depression in America in the 1920s it didn’t stop some people, who had nothing to start with, to become rich and famous.

To be able to disrupt the System and become independent of it you need the following 4 things:

Accept yourself for who you are

We all want to be like somebody else – a movie star, a Premier League footballer, a top musician, anybody who is up there as rich and famous. We marvel at their fantastic lives and can only dream about what it’ll be like to be like them…

Why can’t you just be yourself?

The mere fact that a person is rich and famous does not necessarily mean that they are happy and content: just take a look at the number of high profile suicide cases in recent years.

You as a person are unique: there are over 7 billion people living on Planet Earth and no two persons are alike.

The mere fact that you are not rich and famous does not mean you’re not special. Take a good look at yourself, see what you’re good at and work on it!

You need to believe in yourself

The one thing most people suffer from is a lack of self-belief: I call it the “Me Ke?” syndrome (- which is an admission of self-doubt when faced with impending greatness. It’s a bit like Saul-on-the-road-to-Damascus scenario). We always believe we can’t do something and run away and hide in our nondescript lives. Instead of taking the plunge and hoping for the best we take the easy way out by not doing anything because we’re too scared to try and don’t believe in ourselves. If you don’t believe in yourself and your abilities who else will?

You need to be Self-Motivated

We all need the proverbial kick up the backside occasionally to get us moving.

A lot of people are not self-motivated; they need others to push them. How many people pay good money to be motivated by their pastors, motivational speakers, life coaches and shrinks? Anthony Robbins has made a fortune just by telling people what to do.

Why can’t you self-motivate yourself? Why do you need some self-proclaimed ‘Guru’ to motivate you when the same information is lodged somewhere inside your own head? What these people are peddling is simple common-sense which you should already know!

Learn how to self-motivate yourself.

You have to stop caring about what others think of you (- within reason!)

When you strike it out on your own you become a maverick, an outsider. You’re about to do something nobody has done before and people are going to laugh at you, criticize you and condemn you.

Now, a word of advice here! Whilst I might be preaching about going solo and not listening to what people might say you need to exercise caution!

Sometimes you might need to listen to somebody – even if it’s just that tiny little voice in your head. Before you jump off that cliff into the unknown you need to be a 100% sure of yourself and what you’re doing because if you get it wrong you’ll end up more screwed up than when you first started!

To this end try and assemble a group of knowledgeable confidantes who can honestly advise you. Your ideas might be crazy and out of this world but there’s bound to be someone out there who thinks the same way as you and can help you to make the “go” or “no go” decision. Only then proceed.

So there you have it! To be independent and disrupt the System you need to be yourself: independent, resilient, decisive and resourceful. 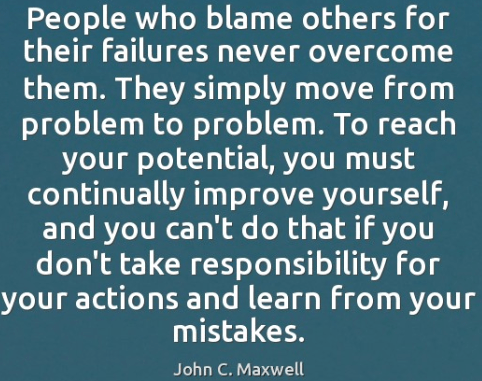 For the foreseeable future no government, anywhere in the world, will be able to help its citizens to live a better life.

Suicide Prevention Tips: How To Rescue, Save A Suicidal Person
Have Faith That Everything Will Work Out For The Best