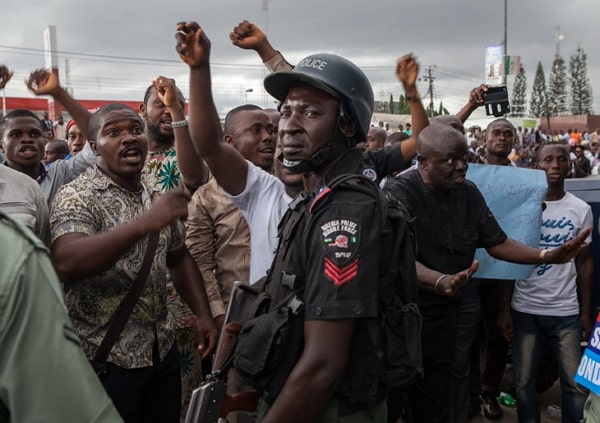 The force also said they had recovered 38 weapons and some explosives.

According to the Acting Inspector-General (IG) of Police, Mohammed Adamu, the Special Election Investigation Team (SEIT) has been directed to begin a discreet investigation of all security-related infractions during the election and ensure that all persons found culpable are brought to book in accordance with the law.

Following the violence recorded in some parts of the country, the IG also directed Zonal Assistant Inspectors-General (AIGs) and Command Commissioners of Police to intensify post-election monitoring with special focus on collation centres.

The police boss warned against inciting comments and unlawful dissemination of election results, noting that the Independent National Electoral Commission (INEC) was the only agency authorised to announce results. 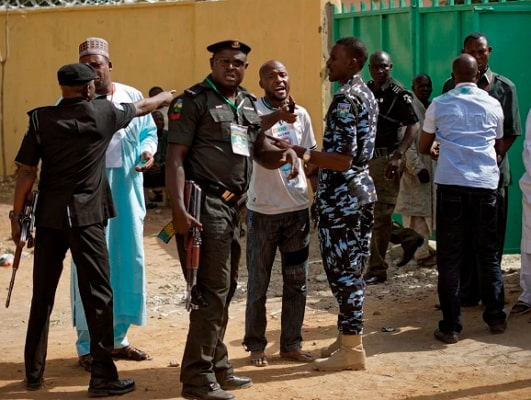 In a statement in Abuja yesterday, the Force spokesman, Assistant Commissioner of Police (ACP) Frank Mba, said the IGP praised Nigerians for their large turnout and for their conduct in most parts of the country.

“Notwithstanding a few unfortunate incidents, including loss of lives recorded during the election the IGP hails the exercise as generally successful.

“Meanwhile, 128 persons were arrested across the country for various electoral offences ranging from homicide-related crimes, vote trading, ballot box snatching, impersonation, malicious damage, amongst others; while 38 assorted weapons and a cache of explosives were also recovered.

“Consequently, the IGP has directed the Special Election Investigation Team (SEIT) to immediately commence discreet investigation of all security related infractions during the elections and ensure that all persons found culpable are brought to book in accordance with the law.”

On the use of inflammatory comments, Mba said:

“The IGP has, however, expressed deep concerns over continuous use of hateful and inflammatory comments capable of inciting Nigerians against one another, especially by politicians and their followers.

“He, therefore, warns that while the Force is not in the business of censoring Nigerians or abridging their constitutional rights of freedom of speech, it will not hesitate to bring in the full wrath of the law on any persons found wanting in this regard.

“The IGP, while noting that only the INEC is authorised by law to announce election results, warned all those, especially the social media users, engaging in unlawful announcement and dissemination of election results to desist forthwith or be ready to face the consequences of their actions.

“The IGP has directed the Zonal AIGs and Command CPs to ensure adequate post-election security arrangement in their Areas of Responsibilities (AORs), with special focus on Collation Centres and other vulnerable points to ensure no breach of peace of any kind is recorded across the country.

“IGP Adamu while commending Nigerians for the massive turnout, and the largely orderly conduct of most Nigerians during the elections also commended personnel of the Nigeria Police Force and other security agencies for the sacrifices made towards the successful conduct of the elections.”