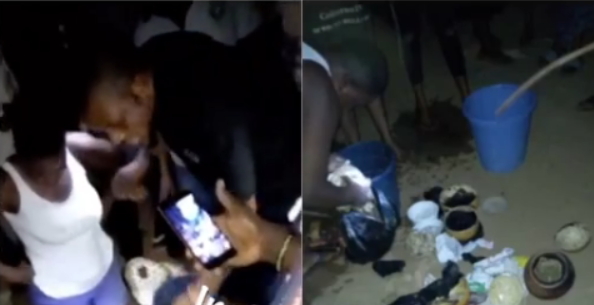 Below is a scene from a T-junction in Ile Ife Osun State where three female undergraduate of Obafemi Awolowo University were arrested while performing ritualists in the cover of the dark.

The trio were caught with calabashes on their  heads while they were getting ready to take their bath at a T-junction where some vigilante men caught up with them.

Items recovered from the suspects includes underwear suspected to be those of their colleagues in school, 3 charm filled calabashes, local sponges and buckets of water. 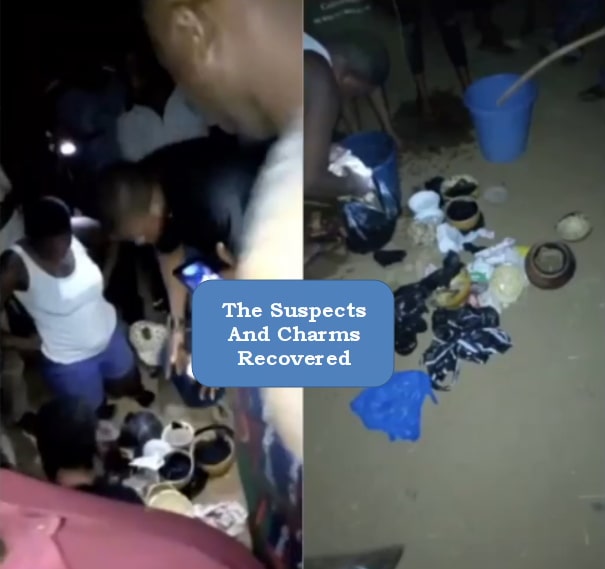