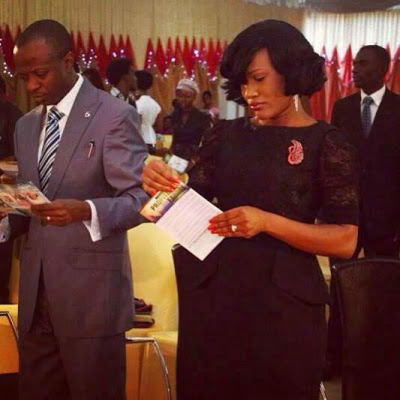 The beautiful mother of 2face’s two boys took her Facebook page recently to share a new photo of herself and her husband, Pastor David Adeoye of The Royal Christian Centre.

She captioned the photo ‘standing next to you my king is a privilege’.

Before her controversial marriage, Sunmbo served as a choir mistress at Pastor Adeoye’s church. The MOG lost his wife in 2008.