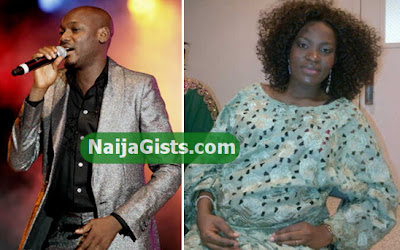 Pero Adeniyi the first baby mama of Nigerian musician 2face Idibia who is currently pregnant is now in Lagos.

Pero Adeniyi, a US-based socialite was spotted at a function in Lagos recently where she reveals to friends she came to town for a business deal.

She had a baby for 2face Idibia last year which makes her third child for the star.

The former lovers have three children together.

According to sources Pero Adeniyi has remarried secretly.

A source also said she is in her first trimester.

How possible? she had a baby last year.

Pero also has a daughter for her former husband Mr Tunde Borokini.