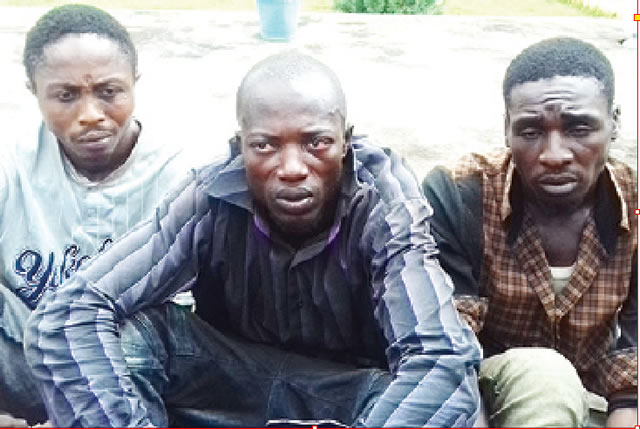 A Federal High Court in Ilorin presided over by Justice H. Saleeman yesterday sentenced three men to death by hanging for armed robbery and attempting to commit culpable homicide against a professor with the University of Ilorin, Prof. Abdullahi Onimisi.

The Kwara State Attorney General and Commissioner for Justice, Mr. Kamalden Ajibade, who led the prosecution, had told the court that the professor disengaged the service of Esan due to his unruly behaviour.

Ajiade added that Esan was aggrieved with his dismissal and organised a robbery attack to retaliate the sack.

Esan, in his confession to the police, was said to have owned up that he recruited Musa and Ajiboye from Lagos State to deal with his former boss.

“On September 10, 2016, at the Senior Staff Quarters, University of Ilorin, the accused, while armed with weapons, including guns and machetes, robbed Onimisi and his family of their property, including a car, handsets, jewellery, and other valuables.”