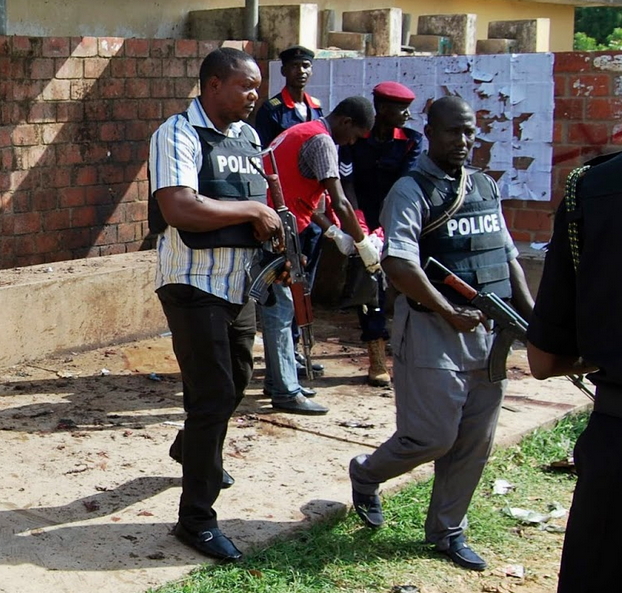 3 kidnappers have been arrested in Makurdi by the Officials of Benue state Police command.

The suspects were arrested while attempting to kidnap one Susan Audu who lived beside Modern Market in Makurdi. The victim was coming out of her mansion in her Toyota Sienna bus when the gang of 5 dispossessed her of the vehicle, bundled her into the back.

Luck ran out of them when motorcyclists who heard the loud scream of the victim from the fleeing vehicle along Gboko road mobilised to pursue it. They caught up with the kidnappers at a military checkpoint on the outskirts of Makurdi yesterday.

One army corporal and another suspect managed to escape while 3 others were arrested.

Ezeani said the army suspect, was a lance corporal with the Nigerian Army, adding that the police had contacted the Army to ensure his arrest.