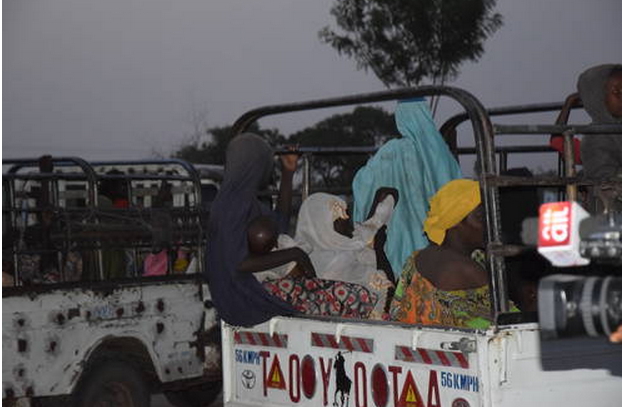 According to one of the survivors of the attack, the terrorists stormed Debiro yesterday afternoon on motorcycles and pick up vans shooting indiscriminately at the villagers before setting their homes on fire.

They later caught few of their victims and slit their throat.

Hear what one of the survivors, Luka Yakubu told Sahara:

’’It was in the afternoon time when we started hearing gunshots and people were running helter-skelter, there was confusion everywhere, some were shot dead and many had their throats slit. We were helpless as our foodstuffs were carted away by the rampaging militants who later burnt down most of the houses in our village.”

”I can’t say tell you the correct number of people killed, but at least 20 people including women had their throats slit.”‎

Debiro is a remote area in the southern part of Borno.