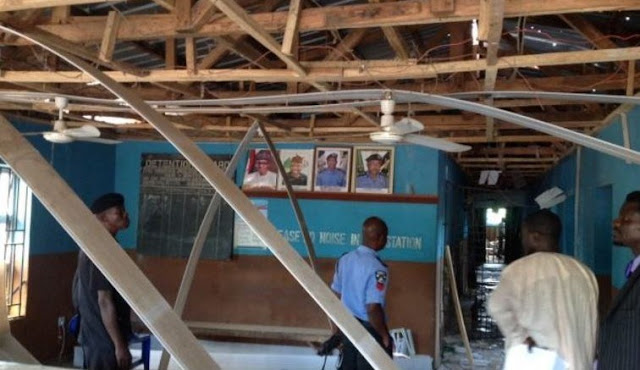 2 corrupt Police Sergeants and a Constable have been arrested by Lagos Police Command for aiding two robbers under their watch escape from their prison cell.

The incident which happened at Isheri Osun Police station last week caused commotion after two robbery suspects removed the roof of their cell without the 3 policemen on duty knowing.

However investigation revealed that the officers who claimed they slept off collected bribe from the suspects.

An orderly trial had commenced for the corrupt police officers at Area M Command Headquarters in Idimu.

Everyday Is An Opportunity To Be A Better You – Adedimeji Lateef Inspires Fans
Photos: Ikorodu Lagos Police Inspector & 2 Officers Who Collected Bribe From “Yahoo Boy” Dismissed