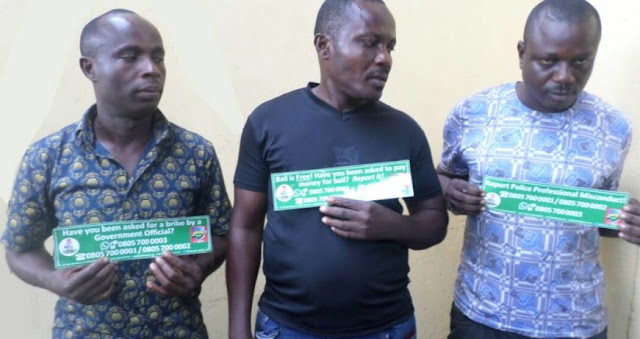 Three corrupt police officers extorting money from innocent Lagosians have been dismissed from the Nigeria Police Force after they were found guilty of misconduct.

The convicts, Sergeant Sunday Braimoh, Yusuf and Olukoga and Inspector Nkemeonye Okelue were dismissed today after an Orderly Trial at the Force Headquarters in Onikan Lagos.

Trouble started on June 21st after a complainant called Lagos Police Zone II Headquarters in Onikan to report that the policemen picked him up at a bank he went to deposit money.

They later collected huge amount of money from him after accusing him of being a Yahoo boy (fraudster).

The officers who allegedly demanded for N1million bribe from their victim later took N50,000.

To make matters worst, they used his ATM card to collect money from other extortion victims they picked up on the road.

Here is what the complainant said: 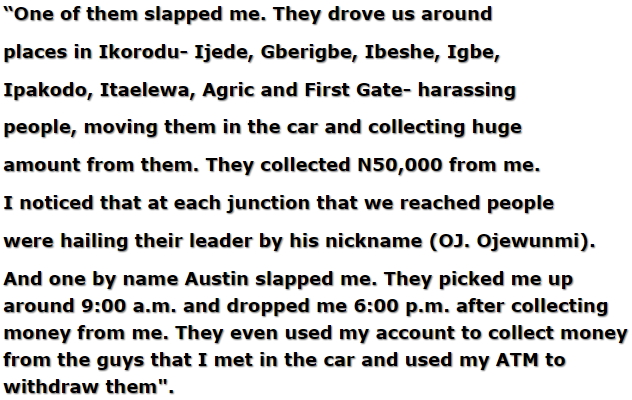 Check out photos of the corrupt officers below 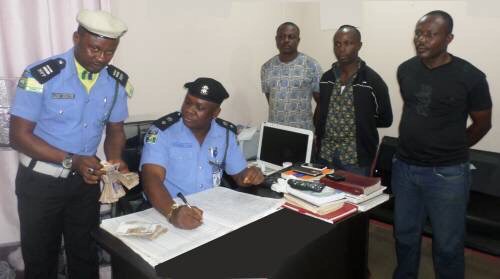 Hope this will serve as a lesson to other “Yahoo Boys” in uniform.

Continue Reading
You may also like...
Related Topics:ikorodu, lagos, sergeants