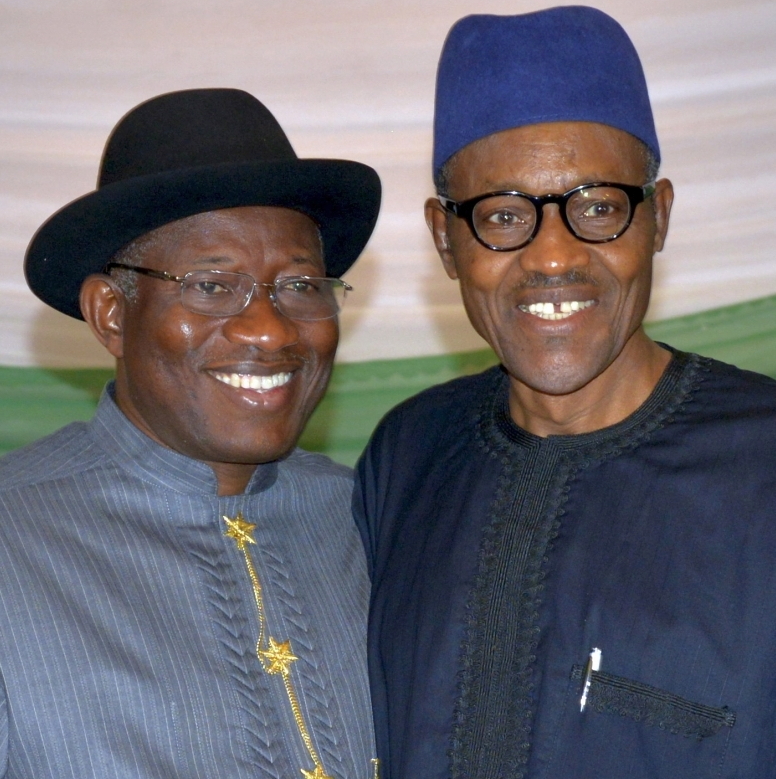 It started like a joke when PMB declared his patriotic quest for the fought times to rescue Nigeria from the scourge of impending collapse, amid corruption insecurity,impunity, unending poverty and life of hopelessness.

The solid foundation meticulously crafted by His Excellency PMB attracts the popular slogan “Baba Go- Slow-And Steady” yet defiled all odds to repositioning Nigeria amongst the comity of Nations, as individuals and technocrats of impeccable pedigree irrespective of party affiliation, ethnic inclination, religious and regional sentiment form the bases of his appointments (meritocracy taken precedence over every other consideration).

SECURITY:
The primary responsibility of any government around the world is to safeguard the lives and properties of it citizens, but sadly enough this responsibility over times has been relegated to mere rhetoric and propaganda.

Security, Corruption and Economy remains his campaign slogans that earned him undying love amongst Nigerians whom over the years have been short-changed in the scheme of things.

A government shrouded in deceit dwell on propaganda to attain its dubious aims, a scenario with which Nigeria under the past leadership of formal President Jonathan found itself. While Nigerians perished and became refugees in their own country as a result of neglect and conspiracy, the government at the time made it clear to the entire world that all is well with Nigeria, despite ill-equipped military in the face of rising insurgency, orchestrated by the ragtag Army and raging lunatic branded in Boko Haram.

The devastation and unending havoc unleashed on the masses by the Boko Haram know-no-bound, as its calamitous effect on Nigeria rendered us subject of ridicule to be detested around the globe.
The emergence of PMB rekindle peoples hope and rejuvenate Nigeria from the shackle of a looming end, as he wasted no time to get to the root of the escalation of insurgency in recent times.

The PMB invitation by the G-7 Summit was to seek foreign collaboration to tackle Boko Haram head-on, the regional cooperation between Chad, Niger, Sudan Cameroun, Benin Republic is seen as right step in the right direction, as the Multi-National Forces in conjunction with the Nigeria Army have succeeded in rooting out the terrorist from their hide-out, all thanks to the renew vigour of well-motivated Army.

There is no doubt that the systematic synergy between regional and international communities against Boko Haram is yielding maximum result, as Nigeria Military now heavily motivated with the sophisticated weaponry yet to be seen on the battle field.

The DSS which hitherto the third arm of the Peoples Democratic Party (PDP) is now the real Eagle eyes of the society, as individuals with questionable character are paying squarely for their unforgivable sins.

The Nigeria Police Force is gradually finding its rhythm with paradigm shift to policing in line with International best practises, thus reducing over- zealousness, bribe and corruption in the Force to the barest minimum.

Despite our porous border the Nigeria Custom Service in conjunction with the NDLEA is intercepting drugs, arms and ammunition meant to boost Boko Haram onslaught, from Camaroun border to Chad, Benin Republic to Niger Republic remains a nightmare for Boko Haram sympathisers.

The EFFC a toothless bulldog, all of a sudden has woken- up from its slumber for a reason only Buhariphobia can explain, as the fear of being a Kirikiri candidate is the beginning of loot recovery amongst our corrupt elites.

Jail brake almost became a societal norm under the last administration but today the story has change with solid fortification of our prisons across board.

The Nigeria Security and Civil Defence Corps in collaboration with sister agencies rendered local oil refineries in the creeks less attractive, as several mini depots with adulterated oil have come under strong attack in recent times.

ECONOMY:
With empty treasury of red-alert handed down to PMB and the dwindling oil price at International market, it would only takes the brevity of an individual with endowed intellectual enrichment to repositioning Nigeria economy.

It should be noted that more than 70% of our annual budget went into servicing the lifestyle of our politicians, with less than 30% to cater for more than 170million Nigerians with regard to welfare and infrastructural development. Thus, as one the few untouched by corruption and quest for unending acquisition of wealth, PMB opted for 50% reduction of his salary and allowance and enjoined his Vice to do same in lieu of our law makers at the moment.

He rejected N400 million car loan, denied Office of the First Lady with zero allocation to the now Office of the wife of the President, revived Nigeria Airway to create more jobs, revived our moribund refineries to producing capacity in addition to approved 65 private refineries.

The prohibition of the payment of foreign cash into customers’ domiciliary accounts to curb excessive fall in Naira value against the US dollar, the bail-out grant to indebted States who could not pay their workers’ salary, the harmonization of Treasury Single Account (TSA) in tone with sections 80 and 162 of the 1999 constitution for transparency and accountability.

The withdrawal of Federal government sponsors of prigrims Abroad, the ban on VIPs from using Police Escorts in Nigeria, over 2,500 soldiers dismissed for cowardice and other offences committed in the war against Boko Haram pardoned, including 102 officers earlier sacked reinstated by a review panel.

The plan revival of textile industry in the country, the sustainability of Amnesty Program, the implementation of UNEP Report for the cleansing of Ogoni land and several other laudable achievements towards peace in the region, have clearly demonstrated PMB sincerity of purpose and undying love for the Niger/Delta, a justification of his maiden speech of ” I belong to everybody and I belong to no one” of course the position of his wife Aisha is non-negotiable. Thus, douse the likely tension of drums of war and brimstone by the militancy in the area.

CORRUPTION:
The moral re- awakening and consciousness brought about by Change mantra is one that has place Nigeria as the most admired and loved Nation around the world within 3months of PMB ascendency.

In his words ” If we do not kill CORRUPTION in this country CORRUPTION would kill us in Nigeria.” Whereas, with Itse Sagay heading the Presidential Advisory Committee Against Corruption, the fight against it would be interesting and this explains the season of probe across board, surprisingly this is already yielding unimaginable results with looters returning their loot willingly without being asked.

Due to massive corruption and wastages in the petroleum sector, PMB reduced its management staff from 122 to 88, ordered cancellation of fraudulent deal for the delivery of crude oil to the refineries in Warri, Port Harcourt and Kaduna, as well as the termination of the Offshore Processing Agreements with three companies – Duke Oil Company Inc, Aiteo Energy Resources Limited and Sahara Energy Resources Limited.

THE FUTURE PROSPECT UNDER PMB:
The willingness of Business and International communities to invest in the Nigerian Project is a clear testimony of confidence repose on PMB. Thus, it is pertinent every patriotic Nigerian support PMB to succeed in admiration of his solid foundation.

With institutional decorum, moral and character reformation brought about by Buhariphobia, Nigeria could only get better as we journey through the remaining days of his administration, whereas the economic implication of this is massive, as there shall be a peaceful Nigeria of our dream devoid of social vices, equity and justice, a robust economy to accommodate teeming unemployed youths in the mining and agricultural sectors.

Trusting PMB good sense of judgement is not a hard thing to do given his enviable background, of course few individuals with corrupt tendency and mutual suspicion would continue to oppose every of his policy through blackmail and propaganda with which majority of Nigerians are already aware of ( Corruption fighting back).

Continue Reading
You may also like...
Related Topics:Buhari, jonathan

Wole Soyinka Calls Obasanjo A Liar & An Illiterate “I Have No Respect For Him”
EFCC Probes GEJ For Using $6.9M To Buy Mobile Stages, Jonathan Allegedly Used Secret NNPC Accounts..