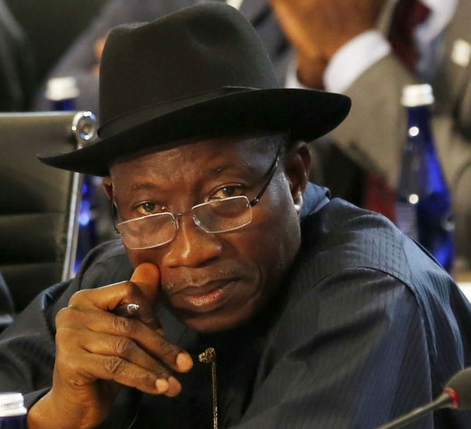 Ex-President Goodluck Jona­than, the Petro­leum Minister, in his government Diezani Allison-Madueke and his former Chief Security Officer Gordon Obuah, are allegedly involved in a $6.9 million scandal, said to have been used to purchase three 40- feet mobile stages for use during mass public speaking events.

This was revealed through investigations carried out by Federal government inves­tigators, and security agen­cies, according to presidency source.

The said deal is allegedly just one of the several in­stances where the Jonathan’s administration used secret NNPC accounts to fund many questionable projects, and for personal financial benefits.

According to the investiga­tors, this is just one of the tons of alleged corrupt practices frequently engaged in and condoned under the Jona­than’s administration.

According to one of the sources, “Besides the fact that the amount for the stages were incredibly inflated according to mobile stages industry ex­perts, government investiga­tors say there is no evidence as yet that any stage was pur­chased at all.

“While the cost of mobile stages range in size and de­signs, only outlandish rock star musicians in Europe, and the US spend hundreds of thousands on their huge stages way bigger than the 40-feet stages. Even then, those musi­cians and super stars, would not pay over $2 million per stage”, the source quoted in­dustry sources.

The investigations also re­vealed that the process of pro­curement of the three mobile stages was neither known to extant Nigerian laws and due process regulations, nor were the offices of the Auditor- General and the Accountant- General in the know.

“There are no records of this purchase which was car­ried out in late 2011,” a top government source said.

The source continued: “This purchase was carried out only few months after Dr. Jonathan won a general elec­tion for a full term, after hav­ing completed the term of late President Umaru Yar’adua”.

According to the source, “at the centre of the fraudulent financial ring was the former Chief Security Officer (CSO) to President Goodluck Jona­than, M. O. J. Obuah, who initiated a memo to the former president on October 17, 2011 asking for the purchase of three mobile stages.

He said in that memo to the former president that “this is regarding my earlier discus­sion with Your Excellency on the security implication of your public appearances and your subsequent directive on the need to procure a secured presidential platform.’

“And on the same day, without any financial advice or purchase order reviews, the former president minuted an approval of the request to buy the three stages to the then Minister for Petroleum Resources, Mrs. Diezani Ma­dueke. In his minute, the presi­dent said “we have discussed this, please deal.” He then ini­tialed the memo.

“Right after that okay from the president, on the same Oc­tober 17, the Senior Special Assistant to the President on Administrative Matters, Matt Aikhionbere did another letter on the strength of the presi­dent’s approval, requesting the Petroluem Minister to take ac­tion on the request to purchase the stages for $6.9 million.

“By the next month, an NNPC payment voucher number 3840336 was al­ready in place, revealing that the money was released. NNPC directed that the money be taken from one of its accounts in New York CITIBANK with sort code CITIUS 33, and Routing number 021000089.

“It was first routed from the US bank to an NNPC account in Zenith Bank account num­ber 5000026593, Maitama branch in Abuja, from where the money was sent to a pri­vate account. The sum of $6.9 million was then credited to a Sterling Bank account of one J. Marine Logistics Limited, Abuja, a company investiga­tors say was registered by Obuah. “The CSO himself, according to investigators has not been able to show proof of the purchase, and his memo irked his bosses at the DSS, that he took the initiative to write requesting for the stag­es, an action which officials say was way above his pay grade”, the investigators said.

According to a source from one of the security agencies conducting the investigation, “it is not the duty or respon­sibility of the CSO to make the determination on that pur­chase. He was meant to have informed the Service, which would then review the situa­tion and act accordingly.

Investigations revealed that specifically, the $6.9 million in question was promptly paid on November 29, 2011 into a private account belonging to the former CSO.

“The former president ap­proved the procurement of the mobile platforms without due process, bye-passing the Procurement Act, neither was there an appropriation in the 2011 budget for such facility,” investigators disclosed.

The source added that nei­ther the minister of Finance, nor the Director-General of the Budget Office was aware of the deal.

Obuah it will be recalled was recently arrested, detained and questioned over his links to oil bunkering, and later re­leased when his health took a down turn following his deci­sion to go on hunger strike.

President Buhari’s adminis­tration has not hidden its deter­mination to probe allegations of corruption that took place in the immediate past admin­istration.

The National Peace Com­mittee headed by the former Head of State, General Ab­dusalami Abubakar had re­cently called on the Buhari’s administration to follow due process in its probe.

A member of that commit­tee, Bishop Mathew Kukah had come under heavy criti­cism, in what is perceived to be attempts to mellow-down the resolve of President Buhari to probe and deal decisively with tremendous corrupt prac­tices especially during the last 6-8 years.

It would be recalled that at the June 29th meeting of the National Economic Council at the state House, the council had raised questions over the non- remittance of the financ­es generated by the NNPC into the federation account.

The NEC found out that whereas the NNPC claimed to have earned about N8.1trillion in the last two years, what it however remitted into the Federation Account in the same period was about N4.3 trillion, keeping the balance in its several secret accounts, in which the former president and his aides are alleged to have access to exclusively.

Consequently, NEC set up a four man committee to in­vestigate the missing money.

The committee made up of Governors of Edo, Kaduna, Akwa Ibom and Gombe, submitted an interim report to NEC, but in addition appoint­ed financial experts to conduct forensic audit of the accruals into the federation account and the withdrawals from the excess crude account.

Also President Buhari in an attempt to plug some of the procedural loopholes that facilitate and encourage cor­ruption, directed that all rev­enue-generating agencies of government including NNPC should now pay all revenues to a Treasury Single Account (TSA).

With the TSA in place, all government revenues will go into the account, making it dif­ficult for funds to be diverted, while discouraging a secret slush account where funds like the scandalous $6.9 million were kept for the purchase of mobile stages.

[Reported By FROM JULIANA TAIWO-OBALONYE, ABUJA]