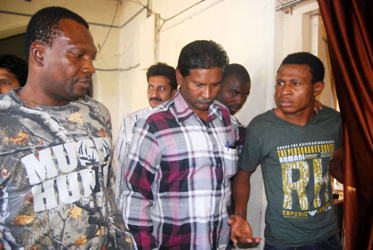 The two Indian businessmen who fell for the scammers reported them to the police.

According to Indian Times, Francis, Anumaka and Victor were apprehended by the Indian police alongside their six accomplices, after receiving complaints from the victims of the alleged scam.