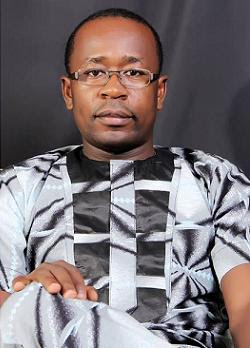 Popular Nigerian investigative journalist, Simon Ateba was arrested in Cameroon on Friday on suspicion of spying for Boko Haram.

Mr Ateba took to Facebook yesterday evening to tell fans that he has been released on the order of President Biya.

“After three nights and a day in a stinking cell in Cameroon’s far north and a long questioning at the office of their state security services where they asked me repeatedly “are you a spy for Boko Haram?”, I said “no”. They asked again, “so you’re not a spy for Boko Haram?” I said “Sir as I said before, I am not a spy, not a spy for Boko Haram, ISIS or any other terrorist organisation or country. I am just a powerless journalist with a keyboard and a camera travelling the world to tell little stories of powerless people” Then the state security service agents took me to my hotel room around midnight but without my passport, and phones. I was then taken to the office of their general delegation 30 minutes ago and made to explain again to the top cop. My passport and phones have been given back to me, and I am free to travel out. Sometimes this profession called journalism sucks, but looking back, I am happy I am a journalist. I will just get back to the cell to give some mosquito stuff and food to the three guys there who taught me to count from one to ten in Fulfulde, the language spoken in northern Cameroon. I thank God.”

3 Nigerian Arrested In India For Duping 2 Indians Who Invested In Hotel Business
Happy Ending: 7-Year-Old House Girl Tortured By Master For Eating Outside Reunites With Mother