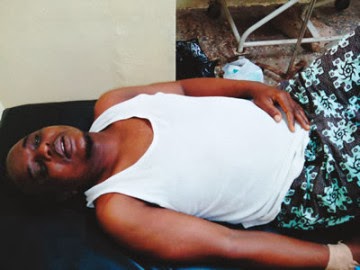 Three secondary school students have been arraigned before the Osogbo Magistrates’ Court for allegedly beating up their teacher.

They were alleged to have committed the offence on October 24, 2014, at St. Mark’s Anglican Grammar School in Kolabalogun Area, Osogbo.

According to the charge sheet, the purported crime was contrary to and punishable under Section 517 of the Criminal Code Cap 34 Vol. II Laws of Osun State of Nigeria 2003.

The accused persons were also alleged to have assaulted one Osho Bamidele Samuel by beating him to a pulp.

The prosecution further alleged that the accused persons caused a breach of the peace by also stoning their teachers in the school premises.

The police prosecutor, Inspector Isiaka Ajadi, told the court that the alleged crimes were contrary to and punishable under Sections 351 and 249 (d) of the Criminal Code Cap 34 Vol. II Laws of Osun State of Nigeria 2003.

The accused, however, pleaded not guilty to the three-count charge of conspiracy, assault and breach of public peace levelled against them by the police.

However, counsel to the accused persons, Mr. W. A. Idowu, urged the court to grant the students bail, promising that they would not jump bail, if granted.

The Chief Magistrate, Mr. Muhammed Lasisi, granted each of the accused bail in the sum of N50,000 with two sureties in like sum, advising parents to caution their children.