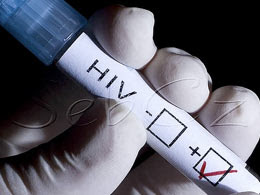 At least, 388,864 Nigerians were infected with the HIV disease in 2011 alone, says the Lagos State Government.

The government quoted the National AIDS Control Agency statistics, which revealed that there were 388,864 fresh cases of HIV reported as at the end of 2011.

Special Adviser to the Governor on Youth and Social Development, Dr. Dolapo Badru, spoke at a one-day HIV Prevention and HTC Workshop organised by his office in conjunction with Lagos State AIDS Control Agency, LSACA, in Surulere, Lagos, southwest Nigeria on Thursday.

“The data collected from the National AIDS Control Agency shows 217,148 AIDS-related deaths between 1991 and 2001 and Nigeria witnessed an increase in the prevalence of HIV in the country,” said Badru.

“As at today, 5.4 million young people out of the global population of 1.7 billion are living with HIV and 40 percent of new HIV infections occur among young people, they have the highest rates of Sexually Transmitted Infections, STIs.

“In Nigeria, the prevalence among young women aged 15-24 is estimated to be three times higher than among men of the same age. Female constitutes 58 percent (about 1.72 million) of persons living with HIV in Nigeria. Each year, 55 percent of AIDS deaths in Nigeria occur among women and girls,” he added.

Badru, whose speech was read by the Director, Finance and Administration in the ministry, Olalekan Akodu said there was the need to intensify collective efforts to meet the serious challenges to elimination of HIV among young people in Nigeria and Lagos State in particular in order to move toward an HIV-free generation by 2015. (Credit:PM)