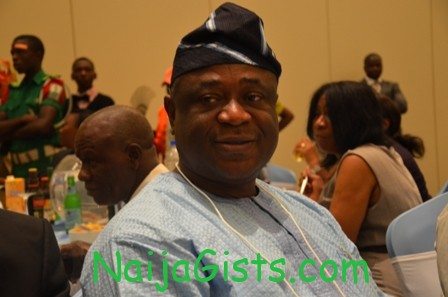 We learnt Toyin Hamzat assassination was carried out early this morning by some unknown assassins in Sagamu right after a party he attended in Lagos.

The deceased is one of the top officials at Ikeja LGA.

The assassins who took his life untimely left nothing untouched in his car.

His nephew who witnessed his murder said he was shot in the head in Sabo, Sagamu area of Ogun State this morning.

Before Toyin hamzat’s assassination, the gunmen blocked his car with an Ogun state painted taxi, they came down and shot him point blank before fleeing the scene.

Toyin Hamzat’s remain has been moved to Ijebu Aiyepe for burial in accordance to Islamic rites this afternoon.