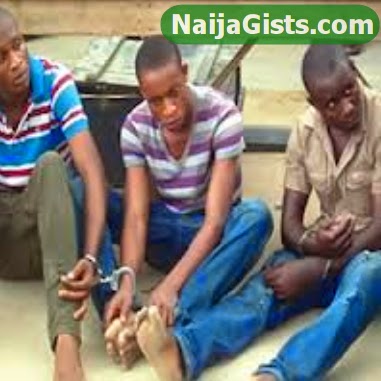 A middle age man was killed yesterday by a 4-man armed robbery gang that invaded Kano street in Ebute Metta Lagos around 5am.

The man was shot at close range while trying to alert area residents of the presence of the dare devils who invaded the area.

According to a neighbour, the man was getting ready to say his morning Muslim prayer when the robber arrived.

While attempting to alert his neighbours, he was shot.

The robbers robbed 4 building in the area and carted away properties that worth millions of Naira.

The victim died on his way to the hospital.

The robbers were later arrested and detained at Denton Police Station in Ebute Metta Lagos.