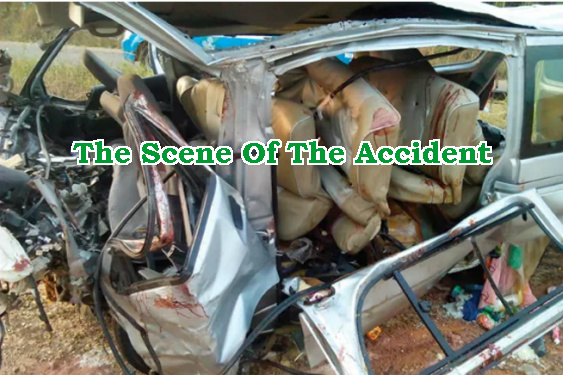 Four Ekiti University undergraduates died untimely in a fatal motor accident that happened some minutes to the gate of the institution on Iworoko-Ifaki Ekiti road yesterday.

The Lexus car carrying the students and a nursery school bus collided around 5:30pm.

All the 4 students were pronounced dead on the spot while the driver of the empty bus died the moment he was pulled out of the wreckage.

The crash was caused by the bus driver after overtaking another car at a sharp bend.

Some friends of the deceased who rode in another vehicle said the deceased students were returning from the party organized by a colleague who was celebrating a Range Rover SUV he just bought in Ado Ekiti.

The corpses of the students had been deposited at the state hospital.