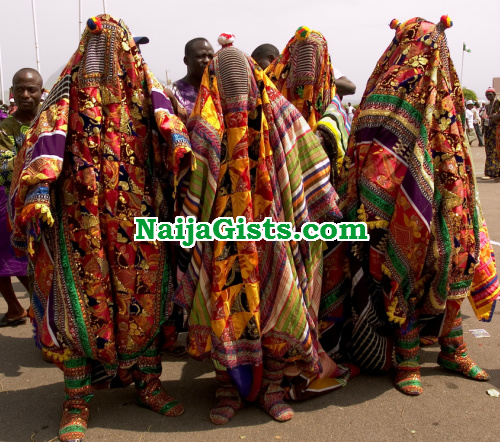 4 Masquerades invaded the premises of a CAC church in Epinmi area of Akoko in Ondo state yesterday and disrupted the service.

During the attack, the suspects flogged pastors and worshipers and left them injured before fleeing the area.

The matter ‎was later reported at the police station and one of the suspects was apprehended. Police detectives are currently probing the reason for the attack of the church by the masqueraders during the service.

One of the suspects identified as Tunde Arohunmolase is currently in police detention.

Some of the victims identified as Pastor Jacob Ogunmola and Kehinde Ilorin are currently receiving treatment at a private clinic in the area.