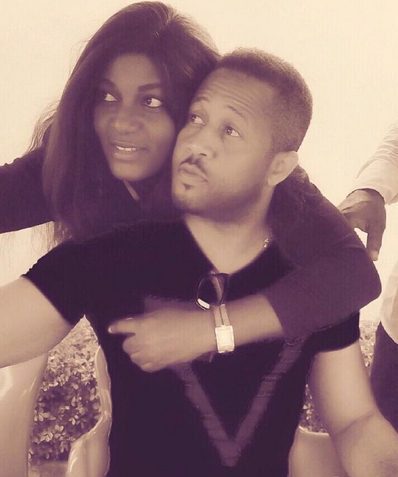 Few hours ago, Nollywood actor Mike Ezuruonye took the social media to publish a disclaimer on the activities of some fraudsters using his name to dupe unsuspecting fans.

Read the disclaimer below:

“So disturbed as I hear my teaming fans are defrauded on the daily by Fraudsters claiming to be me..Most disturbing is a Fraudster also going on Skype n using my Movie close Up pictures , speaking to people without audio or sometimes slow audio..When the person now asks “why is d audio slow or not there at all?”,the fraudster claims its a network issue..Recently have even heard of cases of BLACKMAIL from me to my supposed fans on SKYPE…That hurts me big time..Please here’s what!..If U get anyone claiming to be me or any other Entertainer on any video platform on SOCIAL MEDIA ,ask the so called CELEBRITY to send U a picture and Video with the NEWSPAPER of that said DAY showing the DATE .That an Idea that could curb this MENACE..I’m standing up for fellow ENTERTAINERS who’s Characters are currently being Assassinated by these FRAUDSTERS…GOD bless us all”

Queen Nwokoye said: It’s really annoying. I have like 60 fake pages on Facebook. My fans are being duped and I am not happy. It’s really sad

Omoni Oboli said: It’s crazy Hun! I have given up! People calling and sending messages if I’m giving stuff away on fb! Please people learn! Its just sad

Please don’t be a mugun, these fraudsters are out in full force.