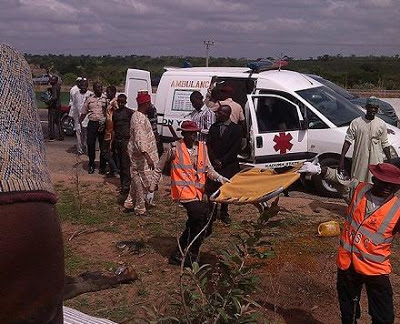 4 Policeen on Monday died while 30 others were severely injured in a fatal motor accident that occurred along Unguwar Rogo Area in Sokoto Metropolis.

Sokoto Police spokesman, Mr Ibrahim Abaras who confirmed this to NAN today, said that the accident occurred at about 7.30 p.m on Monday.

Abaras said that the victims were all newly recruited officers who were participating in a training at the Police College, Sokoto.

According to him, they were returning from a shooting range exercise at Kware Local Government Area when the incident occurred near that State History Bureau.

He said that the dead bodies were handed over to their respective families and were buried accordingly.

Abaras added that the injured were being hospitalised at Usman Danfodio Teaching Hospital, Police Clinic and Kware Nueropsychiatric Hospital, all in Sokoto.