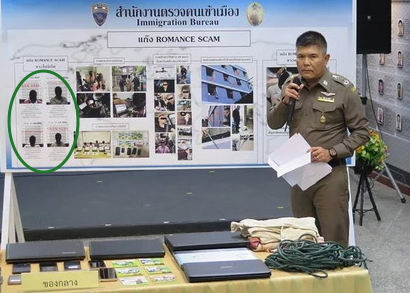 Their arrest came after their victims (Thai women) reported that some foreigners they knew had been unlawfully detained at airports on their way to visit the women. 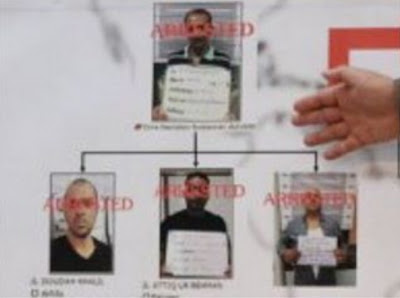 Police investigation later discovered that the women had been scammed by some gangsters operating from an apartment. 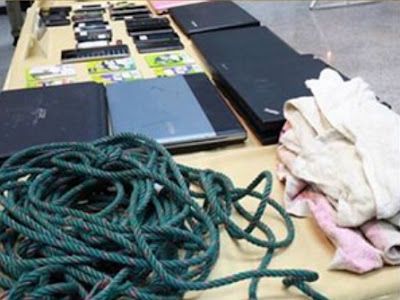 After police raided their apartment, they discovered that the scammers had fled their room using ropes (pictured above).

5 computers and many mobile phones were seized during the raid carried at Soi Lardprao 134 in Bangkok’s Bang Kapi district on the 10th of January 2018. 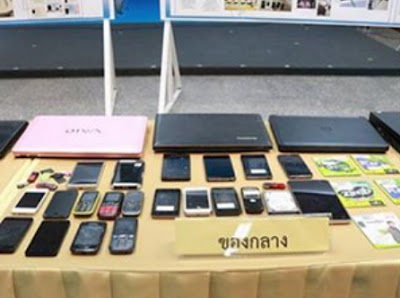 Chat logs on the computer led police to arrest a Cameroonian identified as John Nji and 4 Nigerians identified as Vitus Nwokemodo, Ikemefuna Oliver Ibekwe, Osaratin Irabor and Ogochukwu Iduh on the 15th of January.

They have all been charged with operating an online romance scam.

The arrest of the 5 immigrants who denied wrongdoings was made public by Thailand’s Immigration Police Bureau commissioner Pol Lt-General Sutthipong Wongpin at a press conference on Friday. 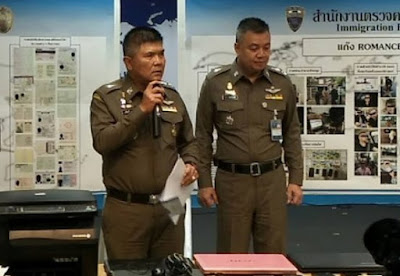 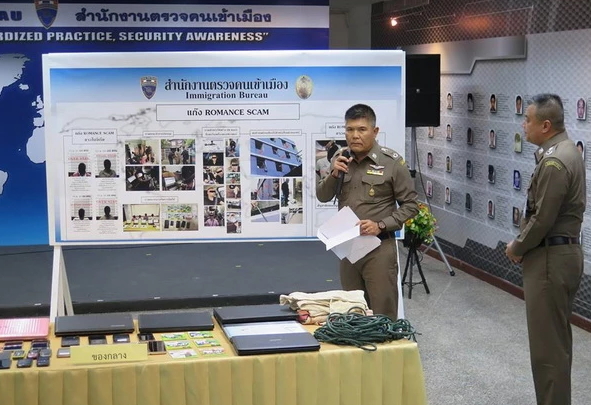 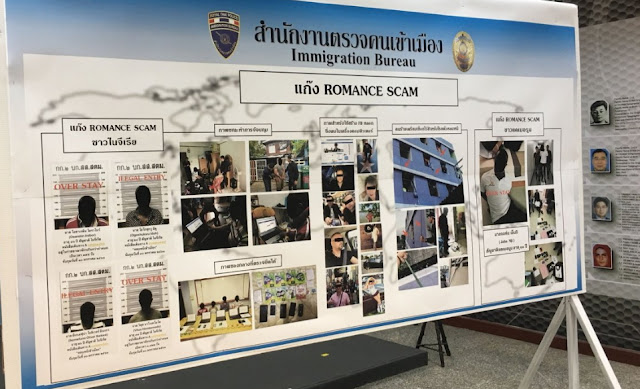 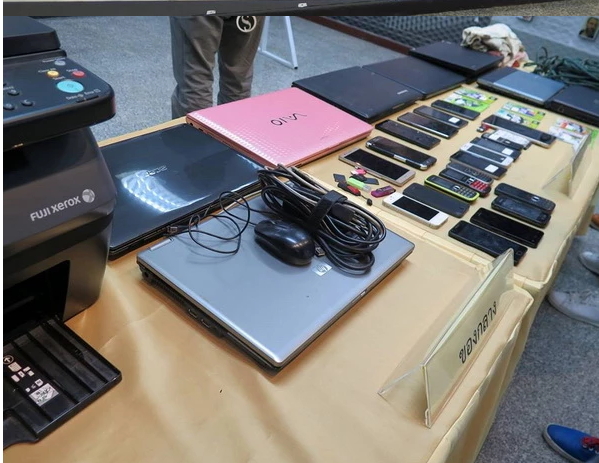 Continue Reading
You may also like...
Related Topics:cameroonian, Nigerians, thailand