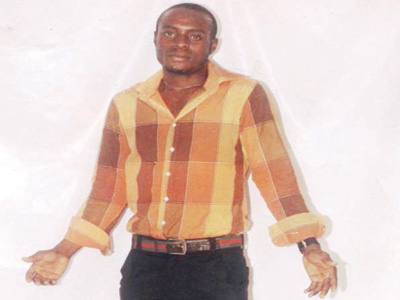 4 operatives of the Special Anti-Robbery Squad (SARS) unit of the Lagos State Police Command are currently being detained over the death of a Benin-based car dealer, Benson Obode.

Dependable sources has it that the four policemen, Adeleke Adedeji, Oniyon Musa, Henry Sobowale and Abena John, are being detained in Lagos and would soon be transferred to Benin City.
They had arrested Benson on 21 May, 2015, but the suspect died while in their custody in Benin City.

The suspected policemen who arrested the late Benson for allegedly buying a stolen Ash Colour Peugeot 306, were said to have dumped Benson’s corpse at the Central Hospital Mortuary on the same date without informing the family.

While the circumstances surrounding Benson’s death remain hazy, it was gathered that his landlord, Monday Omosigho, who was earlier arrested, alleged that he saw him being tortured by the police at the Edo police command headquarters.

It was also gathered that following unrelenting search for the deceased by his family members two months after his arrest, Lagos State Police Command told some journalists from a private radio station in Benin that Benson died from “mob action.”‎

The traumatised family members were said to have travelled to Abuja, Port Harcourt, Lagos and Kaduna police commands in search of him, not knowing that Benson had been killed.

Elder brother of the deceased, who gave his name as Solomon, who gave hint of the arrest of the four policemen, disclose that the family has been briefed about it, just as he added that there were many unanswered questions like the whereabouts of the N200,000 and ATM cards on his brother the day he was arrested.