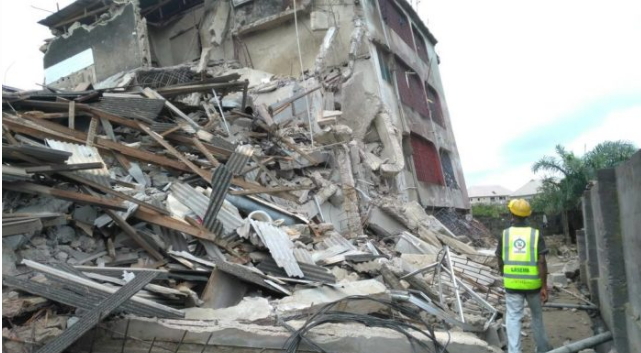 The building was said to have collapsed on Wednesday morning.

The collapse building, according to the General Manager, Lagos Building Control Agency, LASBCA, Engr. Lekan Shodeinde stated that the building was under construction when it collapsed and that all necessary notices had been served to the developer, including a stop work notice.

Shodehinde further stated that the agency had taken all necessary step within its limits, including sealing up of the construction site with a caution tape to stop further work at the site.

He, however, said there was no casualty at the collapse site since it had been sealed for a while now by the agency.

The General manager in a statement restated the state government’s zero tolerance to building collapse and avoidable death of its citizenry.

He said the agency would not rest till incidence of building collapse was at zero level.

He further appeal to Lagosians to take all necessary precautions and steps during building construction.