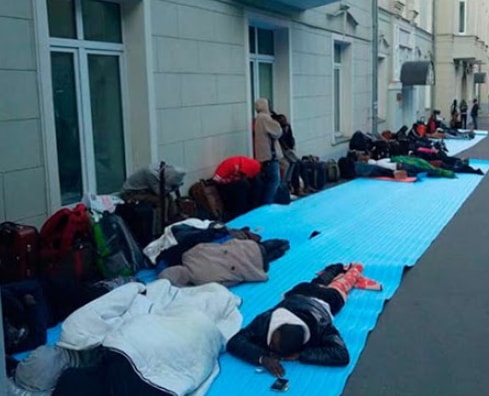 Yesterday a group of Nigerians who fell prey to human traffickers were rescued by an NGO who rescues victims of Human Trafficking in Russia.

The victims, mostly men said an agency in Nigeria sold then world cup ID cards that allowed them to enter Russia without a visa with a promise to find them work.

But on reaching Russia, the men discovered that the agency gave them fake return tickets.

The victims camped outside the Nigerian embassy in Moscow asked for help but sadly no officials of the embassy came out right away to address them. 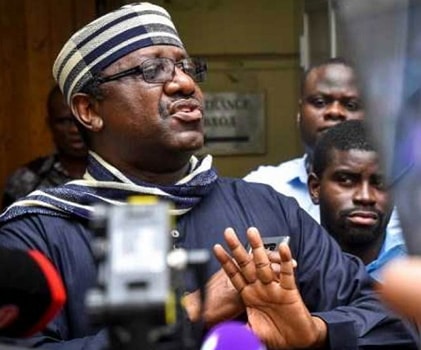 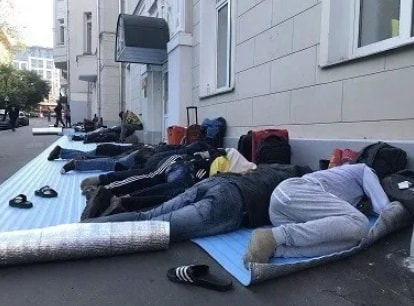 While many blamed the heartless traffickers who lured them to Russia with false promise, most people who commented on the video blamed the desperate youths who refused to verify the offer before embarking on the journey.