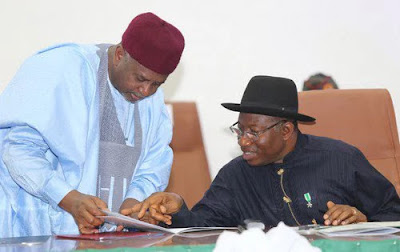 Ex-NSA Dasuki is in a fresh mess.

The office, already enmeshed in the $15billion arms deal, is being fingered in the alleged disappearance of $40million(N13.6billion) approved by the administration of ex-President Goodluck Jonathan ostensibly for the negotiation of freedom for the Chibok girls.

Part of the supposed deal was for Boko Haram to concede to a demand for ceasefire, we gathered on good authority yesterday.

The under-the-table negotiation was however botched because the Boko Haram leadership was not interested in the deal.

The whereabouts of the cash is now unknown, prompting a probe by the Federal Government.

One report suggested that the money was handed over to the president of a neighbouring country, while another said it was in the ‘custody’ of a former presidential aide.

The cash was allegedly drawn from the ONSA by the former top presidential aide.

A source familiar with the development said:”The government is probing how about $40million was allegedly spent by the administration of ex-President Jonathan to ‘negotiate’ with Boko Haram. The cash was allegedly withdrawn from the ONSA account by a former presidential aide.

“The said aide alleged that the cash was routed through the Presidents of a neighbouring country, but preliminary tracking showed that the money might have been diverted.

“Many people have been linked with the negotiation, but the government, through relevant anti-graft agencies, is trying to ascertain the whereabouts of the funds. We have started inviting those connected with the deal for interaction.