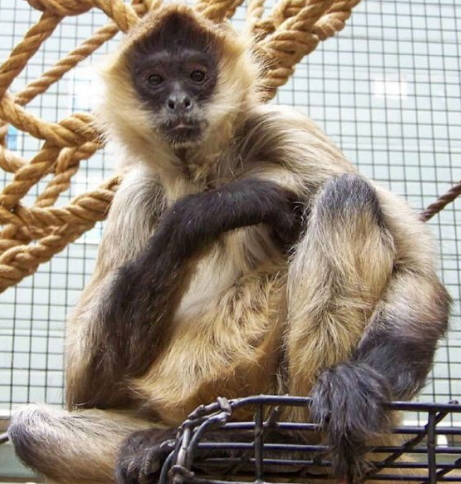 A Monkey transported to New York from Fort Rickey Game Farm in Rome in 1977 has died after living an unusually long life.

The Spider monkey named Spiderman died at the age of 43.

A necropy confirmed that the oldest monkey at The Seneca Park Zoo in Rochester died of terminal cancer.

Spider monkeys have a life expectancy of 25.

Wife Pregnant For Husband’s Friend After 4 Years Of Childless Marriage Says She Did It To Test Fertility
Any Man Who Sleeps With Olori Wuraola Will Die, She Needs Cleansing Ritual To Live A Normal Life