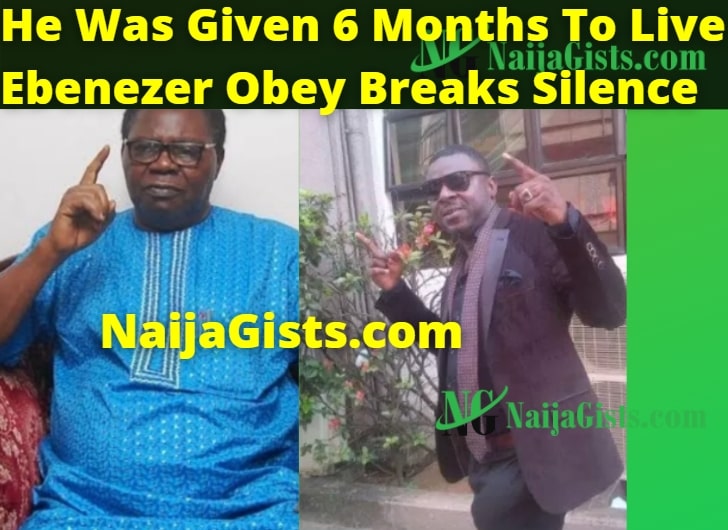 Veteran Nigerian musician Ebenezer Obey has broken his prolonged silence over the death of his middle son, Olayinka lekan.

Olayinka who passed away on the 31st of July 2022 after a prolonged battle with drug abuse and alcohol addiction was buried on the 1st of August 2022.

In a statement released by the bereaved father, it was revealed that Olayinka’s death was caused by his lack of strength to fight his addiction problem.

He added that doctors gave him 6 months to live before he finally gave up the ghost.

Here is a statement Ebenezer Obey released on the sudden death of Olayinka Lekan Fabiyi.

“The doctors called me six months ago to inform me that Yinka had less than six months to live. It was very painful and bad news that a father must not hear about his son. Since then, l went back to the Holy Spirit to teach me what to do and the result of my communication with the Holy Spirit is the launching of this ministry. I have received several condolence messages from all and sundry. l appreciate everyone for their love and concern.

l also thank Yinka’s friends for their efforts and support.

l thank my eldest son, Shina, for ‘coordinating’ all his younger brothers and sisters, for extra and special care for Yinka till the end of his life. I also thank the pastors, elders, and the entire Decross family for everything.

Once again, I appreciate all condolences, but let us rather turn further condolences to prayer support of this new ministry to help those who are in pain of alcoholism and drug addiction. Get out of alcoholism, get out of drugs. Jesus loves you. ”