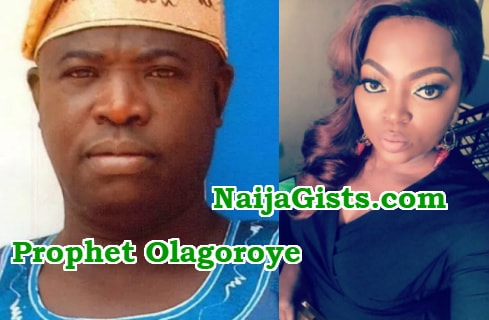 The controversial prophet who accurately predicted the deaths of popular Nollywood stars in 2016 has released another mind blowing prophecy.

Prophet Faleyimu Olagoroye, the founder of Mountain of Blessing and Miracle Church of Christ in a recent chat with YMG Magazine categorically warned Nollywood stars to be prayerful in order to escape untimely deaths this year.

He also warned popular Fuji stars, Alabi Pasuma, Abass Oberese and Osupa to seek the face of God in order to escape hardship this year.

Here are his latest predictions: