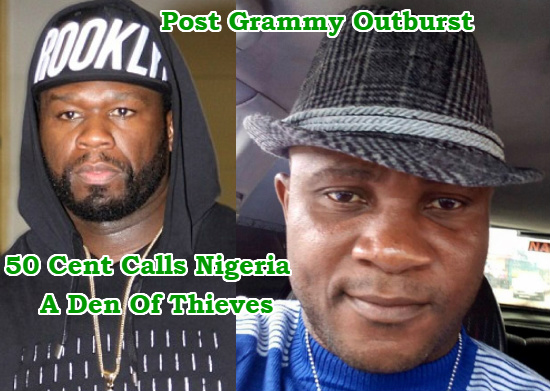 January 29, 2018 – 50 Cent Calls Nigeria Den Of Thieves As He Insults Nigerian Stalking Him On Instagram

Rapper 50 cent has come under fire for allegedly blaming the fault of a guy on the whole nation.

Here is what happened.

A Nigerian man @ Bright Imuze who is a die hard fan of 50 cent allegedly queried him on why he is only flaunting one of his children on Instagram.

The troubled rapper who is popular for venting his anger on the social media went after the guy like a hungry lion chasing its prey, when he referred to the guy as a dirty ass kid.

The rapper who obviously knew the guy is a Nigerian went further to tag the post with #denofthieves, referring to the ongoing corruption issue in Nigeria. 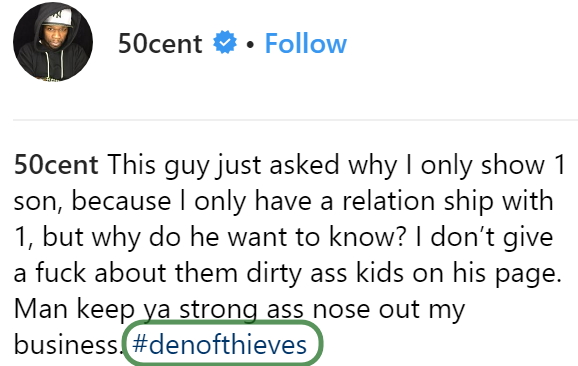 While most Nigerians are busy mocking Bright Imuze for doing aproko, others are clapping back at the rapper for being too childish in his response.

Here are some fiery comments from Nigerians who took offence at rapper 50 cent childish demeanour. 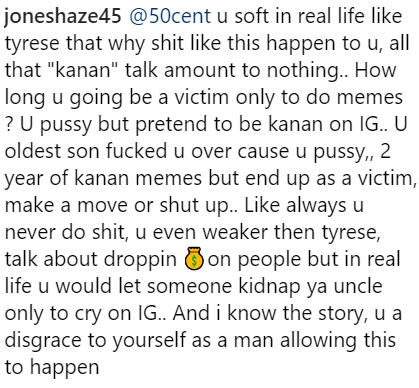 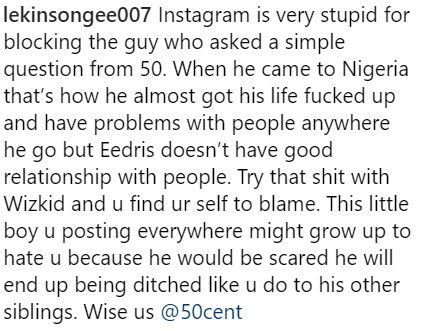 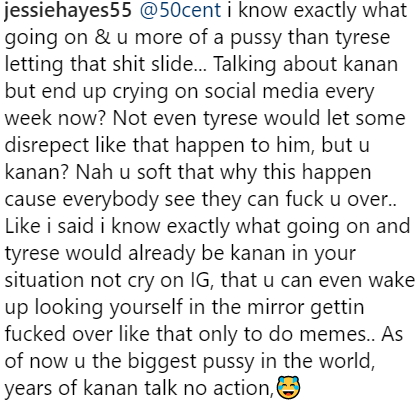 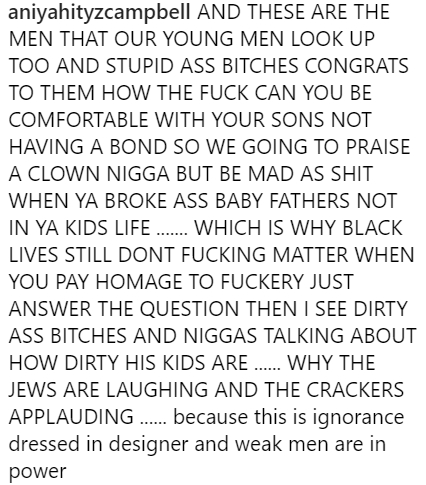 Though Den of Thieves is the title of a new flick he is working on,  most Nigerians didn’t find it funny when he used the tag in this sensitive situation.

And in few years time, a Nigerian promoter go say he wan sponsor 50 cent to come perform in the “den of thieves”.

Is he not the same rapper who collected millions from the “den of thieves” few years ago after a performance???… #yeyerapper #post grammy outburst thingz