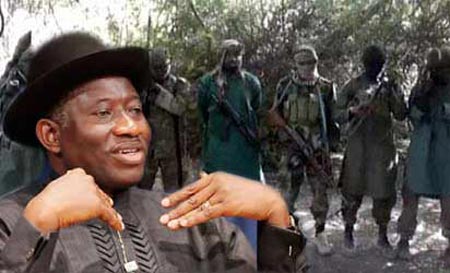 Boko Haram members who publicly rejected a proposed amnesty grant by the Federal Government of Nigeria are secretly bowing to it.

According to sources, well over 5,000 members of the terrorist sect and their wives & children may soon benefit from the proposed FG amnesty.

A committee that was set up last week Wednesday has recommended the release of some members of the sect who are currently in detention.

“The government may start with the release of this category of people as a sign of its commitment to peace. I believe members of this committee will be favourably disposed to making this recommendation.” – said a top security source

The controversial amnesty plan has however sparked mixed reactions from Nigerian citizens.

Read some of the reactions below;