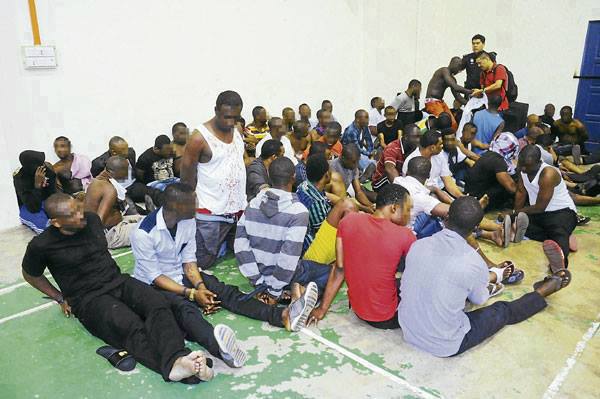 On June 23rd,2013, these folks were arrested by Immigration police from their individual houses both naked and clothed on bed.

We learnt some Naija guys were very lucky to have been out of home at the time of the raid but their doors were forced open and left opened as we speak.

The unlucky ones are currently in Police custody awaiting deportation to Nigeria.

According to sources, the raid was carried out in an area mainly occupied by Nigerian immigrants on Sunday.

What could have been the major cause of this ill treatment towards Nigerians in Malaysia?