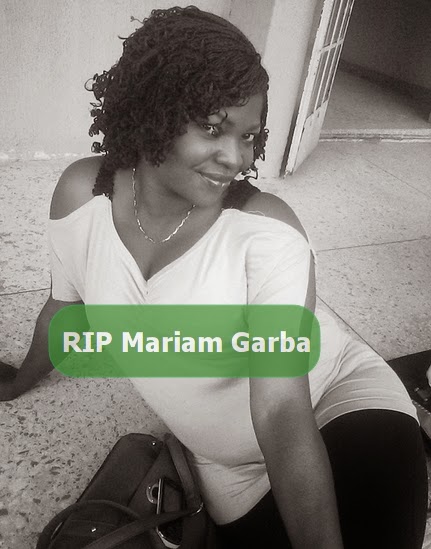 Less than one week after wishing her Facebook friends a happy new month, a very friendly student of GUS (Gombe State University) has died.

The lady pictured above identified as Mariam Garba was killed in a fatal car accident that killed 5 other students of the same University.

The fatal car crash happened on the popular Bauchi-Gombe Expressway in Kirfi Local Government area of Bauchi on Saturday.

All efforts to rescue Mariam and her friends proved abortive. They were all confirmed dead at Alkaleri General hospital in Alkaleri Local Government Area of Bauchi.

Jonathan Vows To Win Boko Haram If Reelected
Karen Igho Has Moved To The US, Ex-BBA Winner Says She’s Scared Of Nigeria