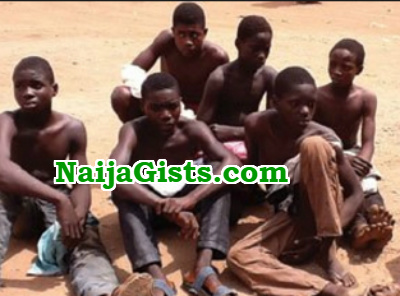 Police in Anambra State Police Command has arrested 8 suspected cultists across the state.

The suspects include two young girls and six boys, who were arrested in the early hours of Tuesday in Ihiala LGA of Imo state shortly after initiation.

The suspected suspects, who were arrested by the Special Anti-Cultism Squad (SPACS) of the state police command, are said to be members of Vipers and Junior Vikings Confraternity (JVC).

SPACS Commander, Christopher Bassey, a Chief Superintendent of Police (CSP), who confirmed the arrest, blamed parents for not paying attention to their children because of money.

The commander said the suspects would be arraigned in court after investigations.

“They (parents) pay more attention to pursuing money than their family. This gives the children the opportunity to join bad companies.”

Bassey urged community leaders and others to always inform the command of cultists and other criminals in their domains.

Two of the suspects – Njideka and Chiemeka Onyebukpo – were said to be pupils and siblings of the same parents.

The duo said they were led into cultism by their friends, but promised not to delve into such thing again, if set free.