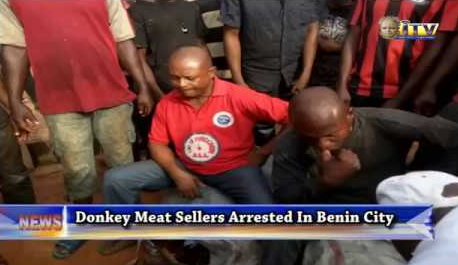 Not less than six experienced meat sellers were caught in Benin city yesterday for allegedly selling donkey meat aka Jaki.

The female suspects who refused to mention their names said they have been in the business for a long time and that they were unaware of the prohibition of the sale and consumption of donkey meat.

The male suspects said they imported the meat from Niger where donkeys are butchered, roasted and package as beef.. 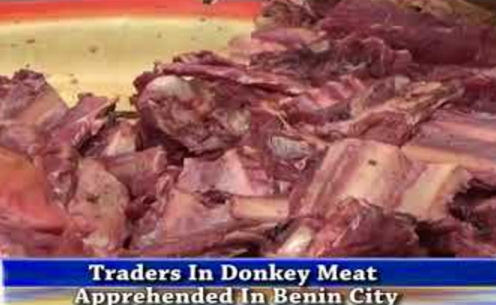 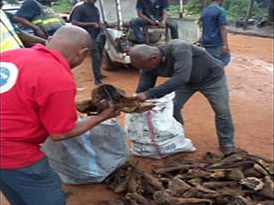