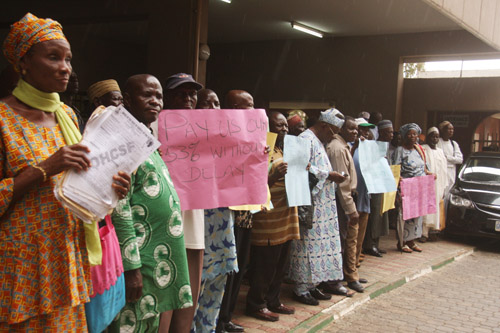 A 60-year-old woman said to be a pensioner today slumped and died while walking along a street in Sokoto.

According to NAN, the incident occurred at about 11:00 a.m. along Garba Duba road in Sokoto metropolis.

” She was walking along the street when she suddenly slumped and people gathered at the sight.

”A police patrol team arrived at the scene and took the  woman to the Usmanu Danfodiyo University Teaching Hospital, Sokoto, where she was confirmed dead.

”Her remains have been deposited at the Mortuary of the same hospital for autopsy.

The police spokesman also said that the deceased had tribal marks which suggested that she might have hailed from Katsina State.