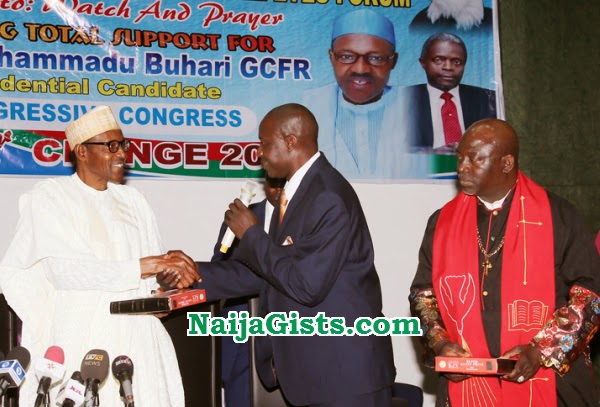 Despite allegations that some pastors in the country collected N7 billion to support President Goodluck Jonathan’s presidential ambition, at least 6,000 pastors in the Southwest are mobilising for the emergence of Major General Muhammadu Buhari as president and have declared seven days praying and fasting for God to grant him victory at next week’s poll.

The pastors under the aegis of Christians for Governance, Pastors For Change, held a news conference in Ikeja, Lagos, southwest Nigeria, where they openly endorsed the candidacy of Buhari and Prof. Yemi Osinbajo, who is a pastor in the Redeemed Christian Church of God. 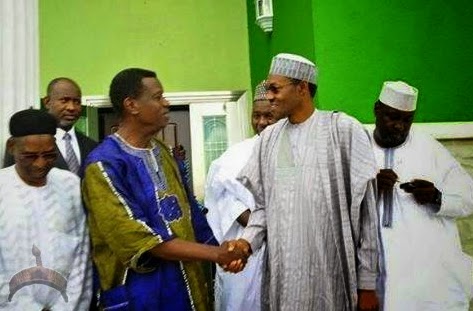 The clerics are drawn from various churches, such as the Redeemed Christian Church of God, RCCG, Catholic, Orthodox, among others.

They declared that they were not part of Jonathan’s largesse and that nobody gave them money to support Buhari, but acting by divine intervention from God who told them that Buhari would be the next president of Nigeria.

The movement is being supported by Rev. Moses Iloh, Archbishop Magnus Atilade, Ayo Opadokun and many other bigwigs in Christendom. 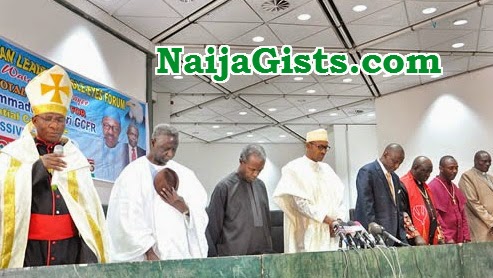 Addressing the news conference, Bishop Kayode Williams, National Coordinator, Christians for Good Governance, said they have about 6,000 ministers who were part of the group calling for change in leadership as the present government had failed the nation.

“We want to observe seven days of special prayer on the seven mountains in the Southwest political zones comprising six states to pray for the victory of Buhari and Osinbajo in the 28 March presidential election.

“We are using this opportunity to call on all pastors who believe that the time has surely come for change in Nigeria to exhort, mobilise, instruct and direct all our members from our churches, numbering 186,000 churches in the Southwest zone to adhere to this divine instruction from God,” he said. 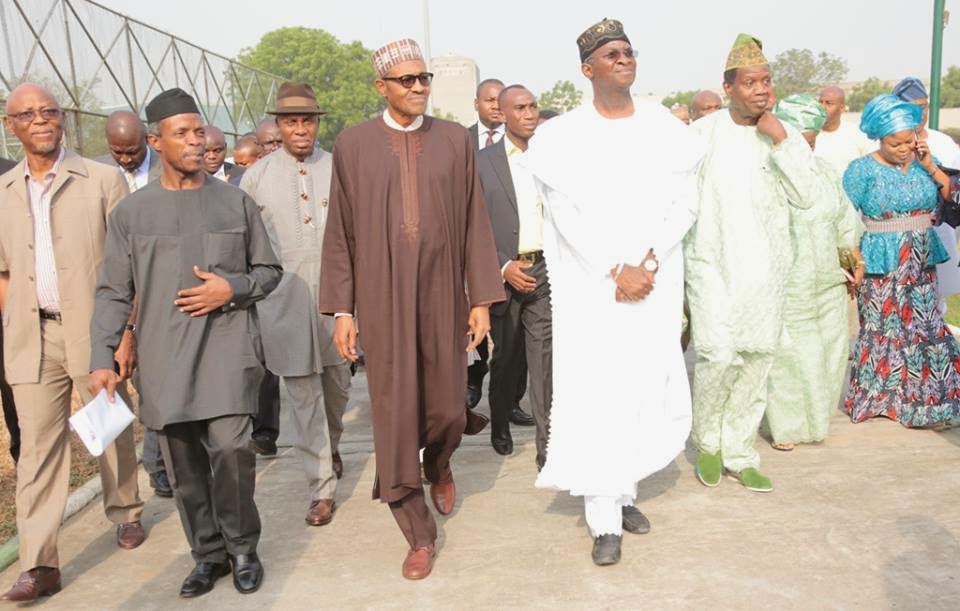 According to him, “we shall intensify our intercessory prayers to God so that there will be peace in the nation and that the election will be free, transparent and peaceful. We are asking our archbishops, evangelists, elders, deacons and deaconesses to join hands and make sure that the prayer programme is very successful.”

Williams said if Christians pray, they believed God would grant Buhari and Osinbajo victory at the polls so that men of integrity and discipline could come to power to change things and fight corruption.

He lamented that in the last several years, Nigerians had hoped for improvement in national infrastructure and basic necessities of life with high expectations for stable and uninterrupted power supply, employment for the youths, significant reduction in maternal mortality rate, among others, but that nothing had been done ever since.

“No one can do the same thing and expect different result. Nigerians must therefore get a change in baton. It appears that many people at the top do not feel what an ordinary Nigerian feels: No job, no money, no light, health problem, sorrow and frustration everyday due to massive corruption at the top. All these must change. Nigerians deserve good life in the midst of all the resources that God has endowed us with,” he stated.

On allegation that the Christian Association of Nigeria, CAN, collected N7 billion through its leaders, Williams said he was not aware of any money collected, but noted that every rumour has an element of truth.