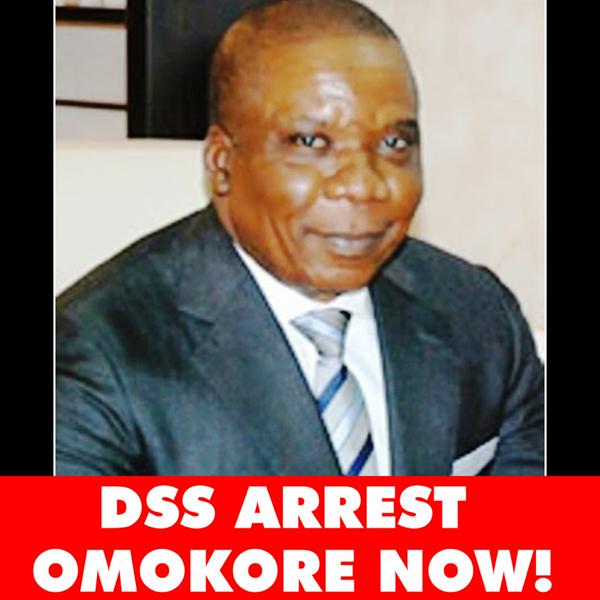 Just after the arrest of Diezani in London by the UK National Crime Agency, EFCC operatives also stormed her home in Abuja, simultaneously as they also stormed the home of Jide Omokore, one of her visible business allies while oil minister.

Omokore owns SPOG and Atlantic Energy . He was said to be involved in multi-billion dollar oil deals, including kerosene scam that dented Nigeria’s treasury by over $6billion. He was famous for throwing a lavish wedding for his son in Dubai, for ‘a chicken change’ of several millions of dollars.

According to sources, Omokore’s 9 Turnbull Street home in Ikoyi was raided today by EFCC operatives. His office on Glover Street, also in Ikoyi was also under Lockdown by EFCC officials.

One source even said, Omokore’s wife locked herself inside one of the rooms at Turnbull, hiding from the operatives.

Diezani, 55, was Nigeria’s first female oil minister and was believed to have exercised too much power in violation of the limits of her office.
Under her watch, Nigeria failed to benefit from the oil boom years, when a barrel was going for over $120, before the bust of 2014, when prices crashed.

Nigeria’s former governor of Central bank, Sanusi Lamido Sanusi, cried out about an unremitted $20 billion into the treasury, but all he got for his whistle-blowing were abuses and the termination of his appointment, few months to the end of his tenure.

Lamido is now the powerful Emir Muhammed Sanusi of the biggest northern Nigerian city of Kano.
Part of the anomalies Sanusi pointed out before he was sacked by Jonathan was confirmed by the PWC auditors when they looked into NNPC books and unearthed a 2011 Strategic Partnership Agreements, involving Omokore’s Atlantic Energy and kola Aluko’s Seven Energy.

In 2011, as part of the efforts to promote local content, Shell sold its shares in 5 oil fields where NNPC was the majority shareholder. Shell had been the operator of these oil wells but NNPC awarded the operator rights to its subsidiary NPDC , that is, it allowed Shell to sell its shares but not the rights to operate them as it previously did.

NPDC then signed an ‘agreement’ worth almost $7bn with Seven Energy(Kola Aluko) (3 fields) and Atlantic Energy(Jide Omokore) (2 fields) for them to operate the fields. These companies of course had no clue how to operate the oil fields – Atlantic was registered as a company the day before it signed the agreement – so of course they sub-contracted the work to other companies. Seven Energy’s contract entitled it to 10% of the profits from the 3 fields while Atlantic was entitled to 30% of profits in its 2 fields.

Sanusi’s complaint was that these two companies were pointless and were just collecting money that should have accrued to Nigeria. The two companies also did not pay any taxes or royalties whatsoever to Nigeria.

EFCC kept mute on what they looking for in all the homes raided today. One official simply told TheNEWS: It’s true that the raids are on. Our men are still there. But I am not allowed to comment officially”.
President Buhari recently said his government was ready to prosecute all those who stole Nigeria’s oil money.