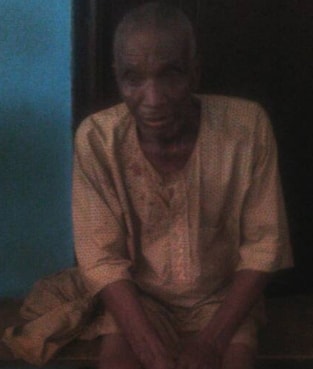 A 75-year-old man identified as Pa Emmanuel Adefuye Teslim is currently cooling off in police custody after he allegedly raped a 13-year-old girl in Ago Iwoye Ijebu North LGA of Ogun state.

According to police investigation, Pa Adefuye lured the girl to his apartment where he violated her on Sunday.

He also threatened to end her life if she reports him to her parents.

Sadly when the victim could not cope with the pain of forceful penetration, she informed her mother who reported the case at Ago Iwoye Police station.

Detectives immediately stormed the suspect’s home and arrested him.

The case has been transferred to the State Criminal investigation department after doctors report indicated that the girl had been sexually abused.