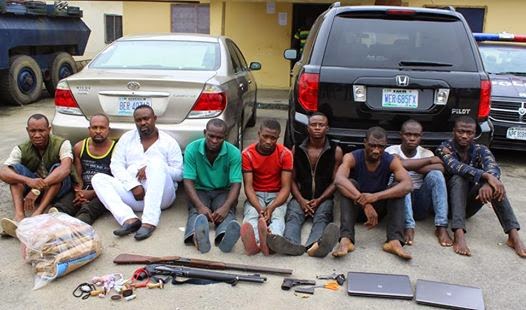 According to Rivers Police PRO Ahmad Mohammed, the cultists were engaging each other in a bloody clash before security operatives intervened.

Mohammed said the members of the cult group identified as Degbam and Dewell were arrested in Ogba, Egbema and Ndoni areas of the state on Monday.

Ahmad Mohammed said various arms were seized from them.