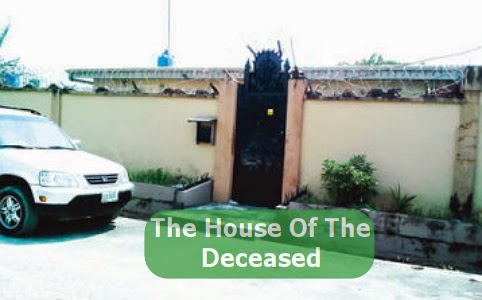 The 63-year-old retired civil servant was said to have recently returned to Nigeria from the United States of America after her husband died.

Her corpse was found on the floor of her house in Abraham Adesanya Estate in Ajah area of Lagos on October 29, about a week after she was murdered by unknown people.

Mrs Jaiyesimi, the former Director of Social Welfare in The Ministry of Youths and Social Development was urged by her children to return back to America with them but she say because of her age, she prefer to stay back in Nigeria.

Her remains was found in a decomposing state with maggots emanating from her corpse.

According to Punch, a neighbour who became suspicious about her whereabout alerted a relation in the Surulere area of Lagos

The relation called a friend of the deceased living nearby who visited the house only to perceived a foul smell emanating from the house.

The friend of the deceased didn’t enter the house instead, he alerted the police who later came to force the door open.

A resident of the area said the former director must have been murdered by someone very close to her. He added that the 63-year-old was “always security conscious”.

He said, “Once it’s late, no matter who you are, she will never open her door to you. She was very suspicious of people. She never had many friends. I am sure she couldn’t have slumped and died because she was very agile and healthy.

“The person who killed her must be a close friend or relative. To remove all traces, they took her phones, her generator and even her jeep was driven away.”

Police said the autopsy conducted on her didn’t reveal any result but her case has been transferred to SCID in Yaba for further investigation.

Her children have been notified but her remains has been buried due to health risk.