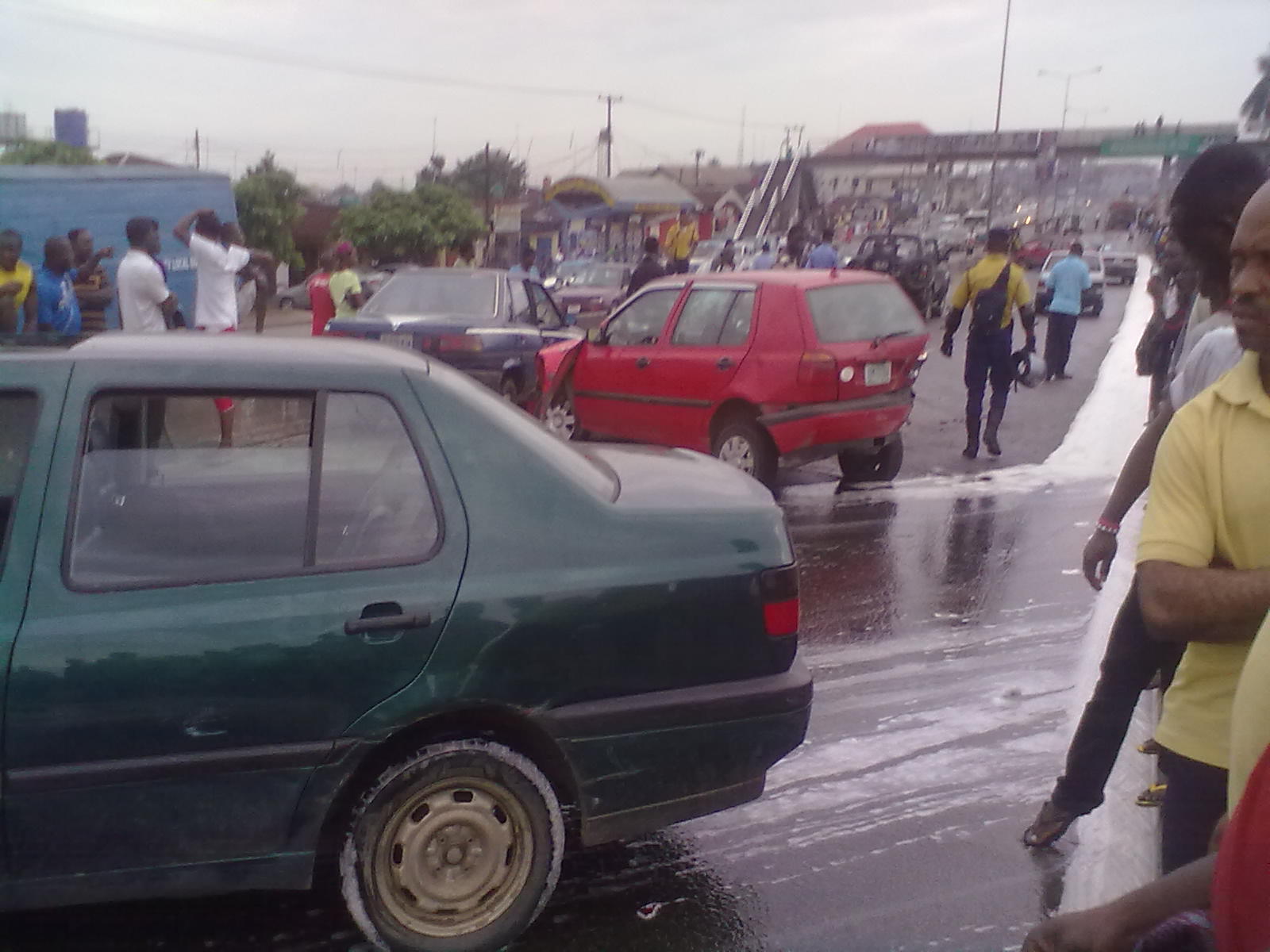 9 people who went to write the final set of Jamb examination has died in a tragic car accident this morning in Aba-Port Harcourt expressroad.

According to Geoffrey Ogbonna, the spokesperson for Abia police command, 7 people including the driver died instantly while two others died later in hospital. The police did not identify the victims.

He said that the accident occurred at Obeaku-Ihie in the Ugwunagbor Local Government Area of Abia at about 10.40 a.m.

Ogbonna said that the dead had been deposited at the mortuary while six survivors of the accident were in critical condition and receiving medical attention in a hospital Aba.

He said that the 15 seater-bus, was conveying mainly people, going to sit for the JAMB examination, slated for 27 April.

According to him, the clue comes from the items recovered at the scene of the accident.

A witness, Mr Peter Okolo, attributed the accident to over-speeding and recklessness on the part of the driver.

He said that the driver lost control of the vehicle when he wanted to overtake a vehicle in front of him.

“When he saw an upcoming vehicle while he was over-taking the car in front of him, he veered off the road and then rammed into the truck parked off the road,” Okolo said.